Chet Kanojia, who founded the now-shuttered Aereo, is attempting to circumvent Internet service providers with a new startup dubbed Starry. In development for a year, Starry will offer low-cost wireless Internet at speeds the company claims will be faster than wired broadband — and without any of the hassles of getting a technician out to the home to install and maintain the network. Needless to say, ISPs that provide broadband networks are not happy. Starry Internet will be offered first in Boston, beginning February 5.

According to Wired, Starry “allows anyone to plug in a small device at home and receive the Internet instantly over a wireless connection.”

“This is how it should be in our opinion,” said Kanojia. “Wired infrastructure is just difficult.” 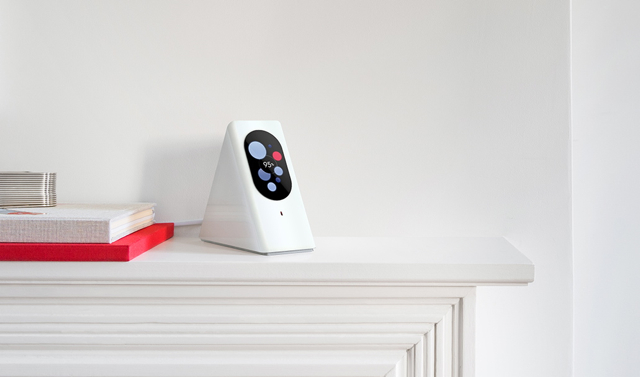 The technology is based on high-frequency millimeter waves, which Starry broadcasts by installing “Starry Beams” on city rooftops. “Each Beam can cover roughly 2 kilometers, sending connectivity directly to hubs called Starry Points, which people can place just outside their window to pick up a signal,” reports Wired.

TechCrunch notes that, although no pricing has been released, Kanojia indicates pricing tiers will be based on speed. He also promises the service will be “orders of magnitude cheaper” than Comcast, Time Warner Cable and their ilk, and that Starry will never add data caps. Kanojia’s company, says Wired, has estimated “that the average wired network costs about $2,500 per home to deploy,” and Starry’s cost is a mere $25 per month.

Kanojia’s plan to free consumers from ISPs bears similarities to his goal with Aereo, in which he tried to enable cord-cutters to watch over-the-air TV without cable. When the Supreme Court decision shut Aereo down, Kanojia turned to Starry, but he thinks that regulators will, this time, side with him.

“I think in general there is a desire for competition,” he said. Starry will have competition from Google Fiber and startups like Karma. But Starry’s router, Starry Station, can be used by anyone, and offers an appealing set of features: a touchscreen interface that allows people to track the devices on their network and their network health daily; install parental controls and, possibly, ad-blocking technology, all without wires and for just under $350.

“If Starry’s plan works, it could accomplish the very thing Aereo set out to do, which is free consumers from the bundle,” concludes Wired. “In Aereo’s case, it was the cable bundle. In Starry’s it’s the broadband bundle.”