Adblock Plus Partners with Flattr for Online Payment System

Adblock Plus, via a partnership with Flattr, will soon launch Flattr Plus, which lets users pay websites for content, a move seen by some as an olive branch to the companies whose revenues have been impacted by ad-blocking software. Adblock Plus has been downloaded over 500 million times, according to parent company Eyeo. Flattr Plus users will be able to specify how much they wish to contribute monthly to the websites they visit. Adblock and Flattr will split 10 percent of the revenue, and the rest will go to publishers.

The Wall Street Journal reports that compensation to publishers will depend on “engagement,” and that Adblock and Flattr are working on an algorithm to determine the parameters beyond “just time spent on individual sites.” Adblock bought a minority share in Flattr. 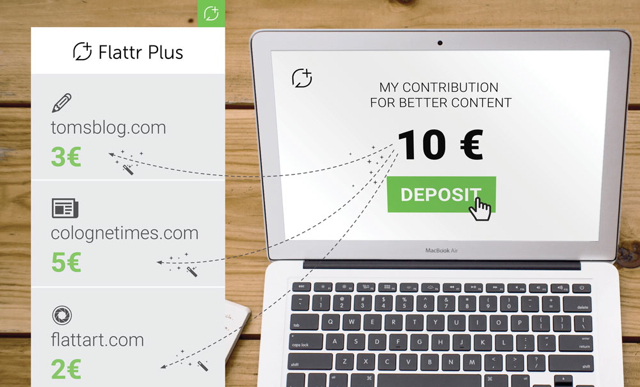 Flattr Plus isn’t the only company to introduce payment, often called “micropayments,” for online content. WSJ cites Dutch journalism payment startup Blendle, which launched domestically in March, although with that service, publishers set the pricing and keep 70 percent of the revenue. Flattr Plus users determine how much they will pay to websites collectively on a monthly basis, as opposed to paying for individual articles.

Eyeo executive Ben Williams explains the benefit of Flattr Plus’ payment model. “The biggest problem with the other online payment systems for content is they require people to push a button to give money, but his will happen automatically as users browse,” he said.

Although Adblock Plus blocks most ads, it also offers “acceptable ads,” a program that allows ads to pass through its filters by default “provided those ads aren’t too disruptive or intrusive to users.” So far, some 700 companies have been part of that program, and Eyeo has accepted payment from around 70 of them, including Google, Microsoft and Taboola, in exchange for including them in the program. The Interactive Advertising Bureau has described this practice as “highway robbery.”

Co-founder Peter Sunde offers another perspective. “Our goal with Flattr Plus is to finally evolve the Web into what it was supposed to have been to begin with; a place for creators to meet their audience, and a mechanism for audiences to directly and sustainably support creators,” he said. WSJ notes that Sunde previously founded The Pirate Bay, a site related to file-sharing; in 2009, a Swedish court found him and the other operators guilty of copyright infringement.