The rise in accessibility to 3D printing has provided avid fans and hobbyists with the ability to print their favorite characters and props from movies, TV shows, comics and video games, which often violates the intellectual property rights of entertainment companies. So far, Hollywood has not taken any significant legal action against 3D printers. Paramount Pictures, Marvel Studios and Warner Bros., however, are among those that have responded by releasing sanctioned 3D designs as a promotional tool prior to movie release dates. 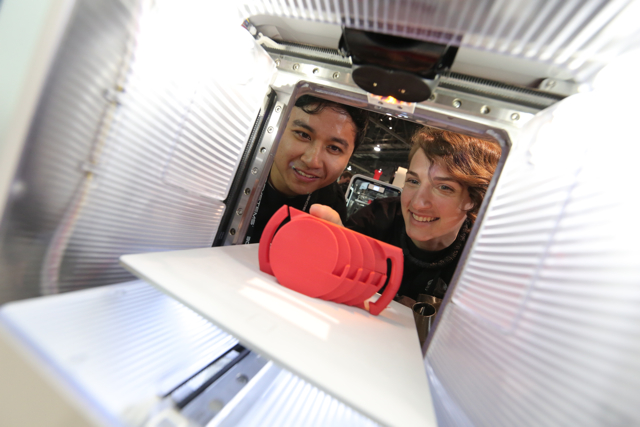 Entertainment companies are now faced with new issues of digital piracy. Consumer-product executives within major studies are “monitoring the trend with a watchful eye” reports The Wall Street Journal, but have yet to take legal action.

3D printing has the ability to force a reduction in prices of legitimate products if they wish to compete with counterfeit goods. However, there are benefits to the 3D printing explosion as well. New company Source3 sees 3D printing as a growth market, and is reportedly in discussions with studios to manage the licensing of fan creations.

Scott Sellwood, VP of business development for Source3, questions whether the fans should be considered infringers or extensions of a company’s brand.

“It’s a tightrope walk between maintaining control… and not getting in the way of passionate fan embrace,” said Marty Brochstein, SVP of industry relations for the Licensing Industry Merchandisers’ Association.

If the companies choose to pursue individuals for infringements it would be difficult. 3D files are difficult to trace, and no major online outlet exists for sharing at this time. If studios take action, they would likely follow guidelines from the Digital Millennium Copyright Act, which asks the website host to remove infringing content.