The visual effects community held a town meeting Thursday evening in Los Angeles to address rising concerns regarding the state of the VFX industry. “Pi Day” organizers included community members Bill Gilman and Neha Wickramasekaran. During the event, hosted by VFX artist Mariana Acuña, effects veteran Scott Ross and others proposed the formation of a VFX union and a trade association for visual effects facilities. 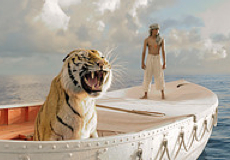 VFX artists expressed grievances regarding slim profit margins they have been receiving for their work. Scott Ross introduced a five-point plan, which according to Deadline: “called for a new studio business model that allows VFX facilities to profit; the creation of new bidding templates across the competitive VFX market; standardized contracts and cancellation policies that would prevent VFX houses from taking the hit on stalled production schedules; industry education outreach including a VFX lobby in Washington to fight subsidy legislation; and a public relations push to teach the public about the industry.”

“Fear has stopped us because we have six clients [the studios],” Ross told the audience. “We are fearful of losing our jobs; [but] we are losing our jobs… It’s going to get worse until we do something.”

“I support a guild or union for the visual effect industry, but it’s in the timing,” he said. “You are going to sign [union cards] to organize VFX facilities, but the visual effects houses don’t make money. A lot of [employee ‘abuse’] is because they want to keep their heads above water. They are drowning.”

Mike Chambers, as a representative of the Visual Effect Society, noted the initiative for California to increase its production incentives, which did not please the crowd. Ross defended VES, stating that as an honorary society it does its job well. “However, the time has come… that we need additionally societies like guilds and unions and trade organizations so when you fight the war, you’ve got the bullets,” he added.