Following a strong showing at CES last week, Valve kicked off its 2-day Steam Dev Days conference in Seattle (Jan. 15-16) with the announcement that the online gaming platform now has 75 million users, a 15 percent increase from numbers released in October. Global sales for 2013 were strongest in North America and Western Europe. Steam Dev Days is an invite-only event, and the first of its kind for Valve, where 1,200 developers and publishers gathered to discuss the new Steam Machines. 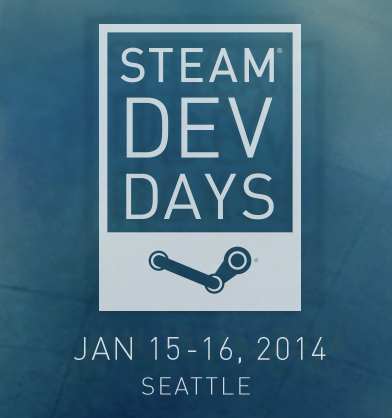 “There’s already limited support for virtual reality headsets with certain Steam games, but this week Valve launched the beta for SteamVR, which lets users explore Big Picture Mode from the inside of a VR headset like the Oculus Rift,” reported Digital Trends one day before the conference.

Valve sent 300 consumer version Steam Machines to beta participants. “Throughout the brief [CES] event, Newell was clear that the focus is on helping other manufacturers to develop Steam Machines, not Valve itself,” notes DT in a related post.

“It’s pretty much how can we collaborate with the chip makers and system integrators — what’s the most useful thing for us to do,” he said. “Part of the reason for holding events like this [unveiling the 3rd party Steam Machines] is for getting feedback on what are the next problems they’d like us to take on.”

While Steam Dev Days is off limits to the press, news leaked out from partners, developers and publishers, largely via Twitter.

“In addition to its Linux-based SteamOS and the console-like Steam Machines, Valve also has its Steam Controller. This new input device forgoes traditional analog sticks in favor of a pair of concave trackpads,” reports VentureBeat. “Now, Valve has revealed that third-party peripheral makers can make their own versions of the controller.”

Other news included Newell’s announcement that one of Valve’s goals is “to make Greenlight go away… Not because it’s not useful, but because we’re evolving.”

“Valve currently has a service on Steam that enables indie developers to put their games on the store if they get enough support,” notes VentureBeat. “This is Steam’s Greenlight platform, but it doesn’t have long to live.”