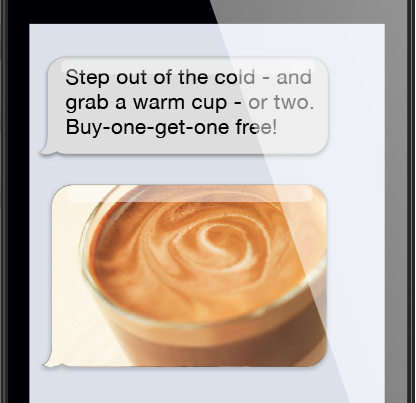 Multimedia messaging offers a new range of possibilities for customer service. Airlines could send a boarding pass directly to their customers’ phones. Delivery services could send a picture of an employee making a delivery or travel apps could send video walk-throughs of their properties. Coupons could find their way into loyal customers’ text message inboxes.

Each of these messages is low-cost to businesses. Twilio runs on a pay-as-you-go pricing system so each phone number is only $1 per month and picture messages are only one or two cents to send or receive. When the MMS system is fully launched, the technology will work with millions of phones in the U.S. and Canada.

International expansion is a possibility as well, but that would be some years from now.

Twilio’s co-founder and CEO Jeff Lawson believes that photos and video messaging will make smartphones even more attractive. That’s how his company was able to convince carriers such as AT&T, Sprint, Verizon, and T-Mobile to carry the MMS traffic.

The New York Times reports, “MMS services are currently available on phone networks, but can take months to procure and deploy, and cost at least $10,000 annually.”