End of an Era: Larry Ellison to Step Aside as Oracle’s Chief

Oracle announced yesterday afternoon that Larry Ellison has agreed to step down as chief executive officer, concluding what Businessweek described as “one of the most entertaining and profitable runs for a leader in business history.” Ellison, who turned 70 last month, has run the company since co-founding it in 1977. He will remain chairman of Oracle’s board and will become the chief technology officer. Oracle execs Safra Catz and Mark Hurd will share the CEO responsibilities. 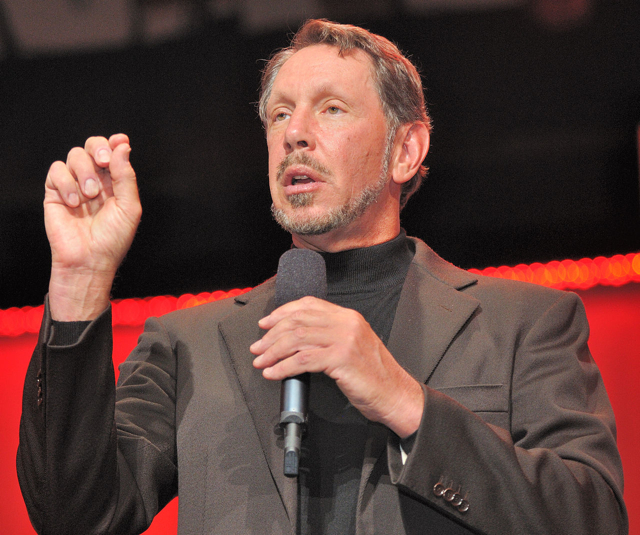 “He guided Oracle through many ups and downs to its status as the world’s largest database software company and one of the largest makers of business software, whose products serve as the backbone of modern commerce and industry,” reports Businessweek.

“Ellison was one of the last remaining founder-CEOs of such technology industry’s old school powerhouses as Microsoft, Apple, and Intel and his departure certainly caps off an era.”

The flamboyant exec is known for his yachting exploits, a passion for fast cars and planes, sponsoring America’s Cup champions, purchasing the Hawaiian island of Lanai, essentially turning the Indian Wells tennis tournament into a fifth grand slam, and much more.

Bloomberg Billionaires Index places him as the seventh-richest man in the world, worth about $46 billion.

Hurd joined Oracle in 2010 after serving as CEO of Hewlett-Packard. Ellison said that by ousting Hurd, HP made a major mistake, on par with Apple firing Steve Jobs. Catz, who has been with Oracle since 1999, has long served as Ellison’s second-in-command.

“Hurd has focused on Oracle’s sales, marketing, and support, while Catz handled the bulk of financial and legal operations,” notes Businessweek.

The changes come at a pivotal time for Oracle, which has struggled recently with uneven sales as the company shifts its focus to cloud software.

“Ellison’s associates say he has demonstrated over the years a unique knack for both product-engineering details and business positioning that will be hard to replace,” notes The Wall Street Journal. “No one else at the company, they say, has the same combination of talents.”

“The three of us have been working well together for the last several years, and we plan to continue working together for the foreseeable future,” said Ellison. “Keeping this management team in place has always been a top priority of mine.”