The UK Is Winning the Race to Launch Legal Drone Deliveries

In North America and Europe, Amazon, DHL and UPS are all getting ready to launch fleets of drones to deliver packages. The United Kingdom most likely will be the first country to put unmanned vehicle technology into action because the country’s Civil Aviation Authority (CAA) can address issues without having to adhere to the schedule of an outside authority such as the U.S. Congress. Issues include allowing drones to safely fly out of an operator’s sight and managing multiple airborne drones.

Recode notes that, in contrast, the U.S. Federal Aviation Authority (FAA) didn’t issue the current drone rules until “nearly a year after Congress ordered the regulations to be finalized.” Amazon applied in 2014 to test drones but didn’t receive the FAA permission until a year later — when the specific drone it requested to fly had become obsolete. 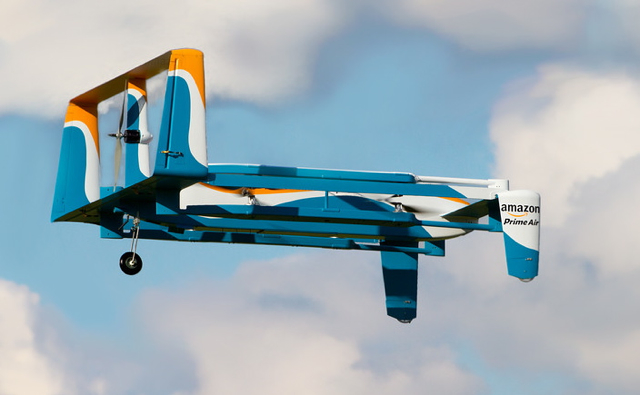 That’s why Amazon has tested its drones in Canada and the UK, where the CAA had already granted it permission to take to the British skies. Amazon’s Prime Air division also began hiring aerospace engineers — especially those with experience flying drones — in 2014.

Air traffic control for drones is going to be a difficult problem to solve for everyone involved. Drones flying out of sight of an operator “need to be able to ensure that they won’t hit other drones or collide with buildings or trees,” which means that drones “need to share and receive real-time information” with other drones, operators and authorities.

In the U.S., this is the purview of the federal government, but in the UK, NATS, a company “in a public-private partnership with the government” is in charge and has already begun testing a drone air traffic control system. The CAA is also “working with Amazon to collect data from its regular flight tests to help inform policy.”

In the U.S., NASA and the FAA are working together “to create recommendations for a drone traffic management system,” which will be tested this month in “a controlled location in Nevada.” An earlier test “was able to map simultaneous drone flights from disparate locations across the country.”

According to Recode, “the country that first creates commercial drone rules will be at a huge advantage, attracting early drone delivery startups, new patents and investment.” Right now, that distinction goes to the UK, where Amazon and the CAA have teamed up to push the industry forward. Although 3DR, CyPhy and other “innovative drone startups” are in the U.S., if the UK offers a legal venue for “broader commercial applications,” it’s likely these companies will either open divisions or move there.