Los Angeles-based GameMine has inked distribution partnerships with five international mobile carriers, enabling direct billing of game subscriptions through mobile plans. With the partnerships, the carriers’ subscribers will have access to GameMine’s more than 400 games, all of them unlocked, ad-free and available for iOS and Android devices. Among the involved carriers are Movistar in Spain, Orange in Egypt, and TIM, Vodafone and Wind Tre in Italy, with a combined mobile subscribership of more than 150 million people. END_OF_DOCUMENT_TOKEN_TO_BE_REPLACED

Streaming Video: Amazon No Netflix, But Tops Apple and Hulu

Amazon recently released statistics that show its Prime Instant Video streaming service has tripled since last year, and is now more popular than Apple and Hulu. Despite its growth, Amazon is still dramatically far behind Netflix and YouTube. According to a recent report from Qwilt, a provider of online-video delivery and caching solutions, Netflix is currently the number one streaming video site, representing more than 57 percent of the streaming market in March, while YouTube follows in second. END_OF_DOCUMENT_TOKEN_TO_BE_REPLACED

Viacom and Amazon announced a multiyear deal earlier this week that will provide Amazon with exclusive rights to Nickelodeon and Nick Jr. shows aimed at children and preschoolers. The agreement, estimated to be worth several hundred million dollars, also includes content from Viacom networks MTV and Comedy Central. The deal with Amazon was inked after Netflix and Viacom failed to renew their licensing agreement. END_OF_DOCUMENT_TOKEN_TO_BE_REPLACED 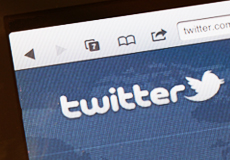