Investments in Bitcoin Increase During the COVID Pandemic

Cryptocurrency Bitcoin is on a roll, rising to a record high since the advent of the global coronavirus pandemic. In March it had skidded to below $4,000. This time, however, its growth is not being driven by the same speculative forces that led to its peak of $19,783 in 2017. Instead, American companies and other traditional investors are gravitating to Bitcoin as an alternative asset, similar to gold, that enables them to place part of their financial portfolio outside the influence of governments and the traditional financial systems. END_OF_DOCUMENT_TOKEN_TO_BE_REPLACED

The highly anticipated Apple Watch will begin shipping April 24, and Apple is hoping for big returns, even if store visitors do not purchase the pricey new wearable. Analysts expect the Apple Watch to draw many curious customers who want to see exactly what a smartwatch entails and whether it is worth the investment. Developers are also anxious to explore the possibilities of a wearable, and Apple received more than 1,000 Apple Watch apps in just four days last week. END_OF_DOCUMENT_TOKEN_TO_BE_REPLACED

Microsoft Will Offer Xbox One Without Kinect for $100 Less

Six months after the initial release of its Xbox One, Microsoft plans to offer a new version of the game console for $100 less. Beginning on June 9th, the company will offer a version that does not include the Kinect motion sensor, starting at $399. Microsoft also announced that it will begin offering new features to Xbox One and Xbox 360 owners in June. For example, Hulu and Netflix subscribers will be able to use the apps for free, without the need for an Xbox Live Gold membership. END_OF_DOCUMENT_TOKEN_TO_BE_REPLACED

During the 2014 Consumer Electronics Show, held January 6-10 in Las Vegas, ETC tracked the keynote addresses, evolving industry trends and product demos relevant to our member companies. More than 105 original stories and a regularly updated Flickr stream were made available on ETCentric and via daily email alerts. We’ve prepared an excerpt of the Executive Summary from ETC’s CES Final Report, a document which is prepared as an exclusive benefit for ETC’s Gold and Platinum members. END_OF_DOCUMENT_TOKEN_TO_BE_REPLACED

IBM’s Watson technology, known for beating out human competitors on the game show “Jeopardy!,” is playing a big role in a number of apps coming out next year. The first three known apps will come from IBM business partners Fluid, MD Buyline and Welltok. Each respective app uses Watson’s access to Big Data to provide users with information that will allow them to make informed decisions about their purchases and even their health needs. END_OF_DOCUMENT_TOKEN_TO_BE_REPLACED 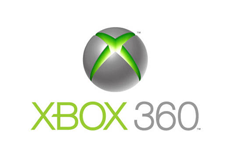