One ongoing study is testing a potential solution for nausea-inducing VR content, and so far, a virtual reality nose has proven effective. Simulator sickness is believed to be caused by an asynchrony of the body’s movement and the visuals. Researchers suggest that a fixed visual reference, like a nose, can help reduce vertigo and nausea. The study participants who had a virtual nose didn’t even notice the added facial feature and could play more than a minute longer than the control group.

Purdue University’s David Whittinghill and his team of students presented the findings at the Game Developers Conference in San Francisco. The researchers tested 41 participants on several different types of VR content, from a twisty-turny roller coaster to a calm Tuscany villa. Some participants had a virtual nose in their content and others did not. 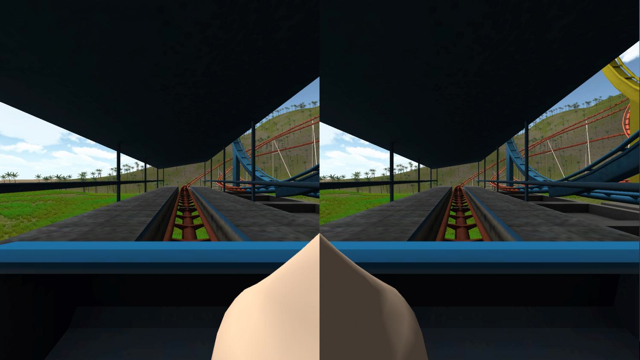 The people with a virtual nose lasted 94.2 seconds longer on average without any simulator sickness during the Tuscany villa experience. In the roller coaster ride, which is a shorter experience, the gain was only 2.2 seconds. According to Phys.org, researchers believe that the nose helps the sensory system calibrate, and the brain is used to tuning it out anyway.

The researchers determined simulation sickness by measuring electrical conduction across the skin. Conduction is affected by sweating from excitement. That sweat is a proxy indicator of simulator sickness. Eventually, the team hopes to be able to predict the level of simulator sickness for a given VR experience.