Energous and Witricity have developed new ways to charge smartphones, tablets and other small devices without needing wires to plug them into an outlet. Energous’ WattUp technology allows users to recharge phones in special cases or receivers that can pick up signals from a transmitter that is plugged in more than 10 feet away. Toyota and TDK are already planning to utilize Witricity’s wireless charging technology in upcoming hybrid and electric cars, and car batteries.

The WattUp technology is still in developmental stages, but as of right now, it can charge two devices that require less than 10 watts of power at a time. The transmitter uses Bluetooth to find gadgets within 15 feet that are connected to receivers. Then the transmitter sends radio waves that the receivers can convert into DC power to charge the phone. 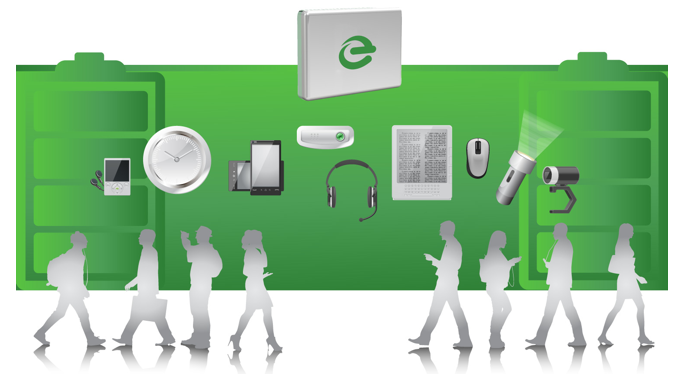 Energous, creator of the WattUp technology, hopes that transmitters and receivers such as phone cases and wireless docking stations will be introduced at the International Consumer Electronics Show next January. The products will probably go on the market later next year.

According to Energous CEO Stephen Rizzone, the charging phone cases will cost about $75 to $125 and the transmitter will run about $300. In the future, the company hopes that receiving chips will be already built into smartphones and other devices.

Witricity is another startup developing wireless charging technology. Their method is slightly different from Energous’ because it uses magnetic resonance. “[Witricity’s] patents are at the heart of a new standard called Rezence that is supported by companies including Intel, Qualcomm, and Samsung,” reports MIT Technology Review.