Sony will offer technology that streams games to its next console, according to people familiar with the company’s plans. The new technology is expected to be introduced in New York on Wednesday when the new console is unveiled. Insiders also suggest Sony will announce higher-end cameras for its motion-sensing technology as well as touch-sensing pads on new controllers. 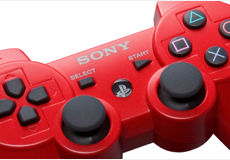 “The streaming service, they added, is designed to use current PlayStation 3 titles on the new console; the new device is also expected to play new games stored on optical discs,” reports the Wall Street Journal.

“Sony’s plans come after it acquired Gaikai Inc. last year for $380 million,” notes the article. “Though many companies now offer simple games over the Internet, Gaikai was one of several companies that offered online access to visually intense games, which ordinarily require specialized circuitry found on high-end personal computers and gaming consoles.”

Rival Microsoft is expected to unveil a next-generation console this year that features updates to its cameras and Kinect motion controller.

“But Sony’s streaming technology may become one of the most talked-about parts of the new device,” notes WSJ. “Industry executives often say they expect cloud gaming to become an important segment of the gaming market, noting that it keeps costs low for customers and allows them to easily play intricate games on mobile devices.”

Check back with ETCentric later in the week for more details.