At SIGGRAPH 2015 in Los Angeles, Faceware Technologies, which creates markerless 3D facial motion capture solutions, demonstrated its Faceware Live plugin for Epic Games’ Unreal Engine 4. With the plugin, developers for the UE4 will be able to capture facial movements with any video source and apply them immediately to digital characters. The Unreal Persona animation system displays the facial animation that takes place in real-time. The plugin was shown behind closed doors at SIGGRAPH.

According to Faceware, video sources can be as diverse as “an onboard computer video or webcam, the Faceware Pro HD Headcam System, or any other video capture device.” Faceware co-developed the plugin with Opaque Multimedia, the Australian company that created the Kinect 4 Unreal plugin, the UE4 integration with the Microsoft Kinect 2 sensor. 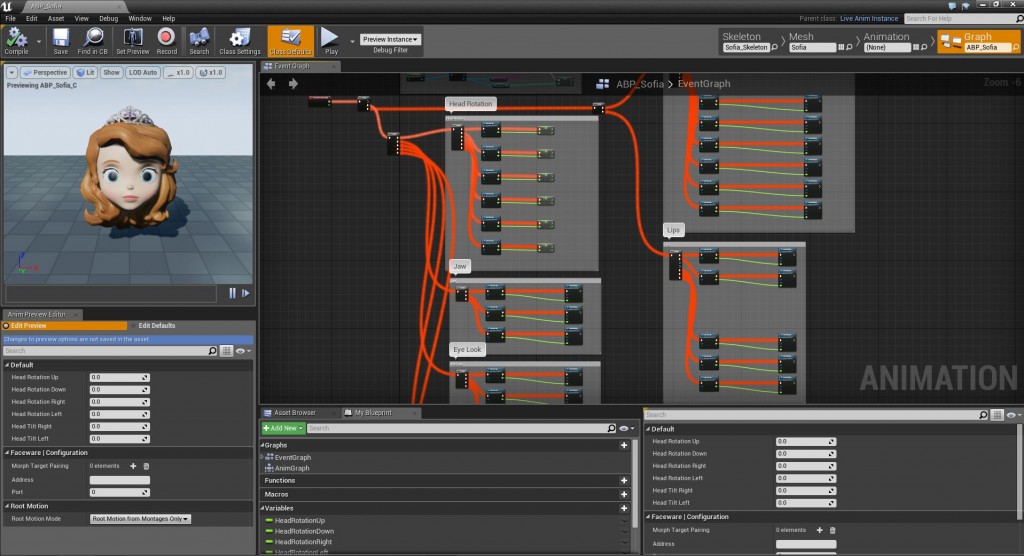 “The ability to combine the power of the real-time performance capture pipeline of Faceware Live, and the power and flexibility of Unreal Engine 4, gives developers an incredibly powerful tool,” said Opaque Multimedia executive Norman Wang. “Developers will be delighted to see how easily they can access the data from the Faceware plugin through the native Blueprint interface.”