Samsung Galaxy Note 3: 4K Feature Too Much for a Phone?

The Samsung Galaxy Note 3 was recently released in the U.S., and one of its most notable features is 4K video. But this option has some wondering why such capabilities are necessary for a smartphone. Recording in H264 MP4s at about 48mbits per second is not very high for four times the resolution of HD, suggests Philip Bloom, who questions the compression, codec and stabilization. Overall, Bloom says the Ultra HD is a decent feature — but it will likely go under-utilized by users. 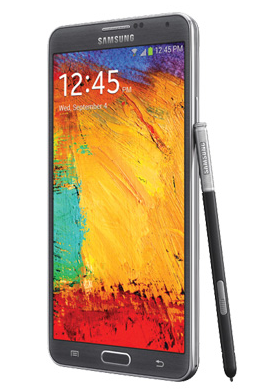 “What is the point of a mobile phone that shoots 4K?” asks Bloom. “To be blunt, not a lot.”

The filmmaker took the phone on a test drive and noted that the stabilization of the HD essentially disappears when switching to 4K mode. And without it, the footage is pretty shaky.

The phone also struggles in low light, showing noise when the ISO is dialed up. But its biggest problem is the weak codec that makes color grading during edits challenging or nearly impossible.

Still, it produces incredible video for such an inexpensive product. The contrast and saturation are pluses, and the footage would look fantastic on a 4K display.

“It can shoot UHD content in 30fps for playback to a suitably high resolution display, but should you drop down to Full HD, 60fps video shooting is possible,” recommends Pocket-lint. “Slow motion video — shot at 120fps — is possible when recording in 720p.”

Overall, the Samsung Galaxy Note 3 is a great little pocket-sized phone-camera that will impress anyone who uses it. (Take a look at any video online created with it — good stuff.) But it’s one of those super-specialized features that most people who buy the phone are unlikely to take advantage of, especially considering the data the larger files will eat up. Regular HD will do just fine, according to Bloom.