Computer scientists at UC San Diego have developed an efficient technique for rendering the sparkling, shiny and uneven surfaces of water, various metals and materials such as injection-molded plastic finishes. The team has created an algorithm that improves how CG software reproduces the interaction between light and different surfaces (known as “glints”), a technique the team claims is 100 times faster than current state-of-the-art methods, requires minimal computational resources, and is effective beyond still images to include animation.

According to the press release: “Iron Man’s suit. Captain America’s shield. The Batmobile. These all could look a lot more realistic thanks to a new algorithm” from the team of computer graphics researchers led by Professor Ravi Ramamoorthi at the University of California San Diego. 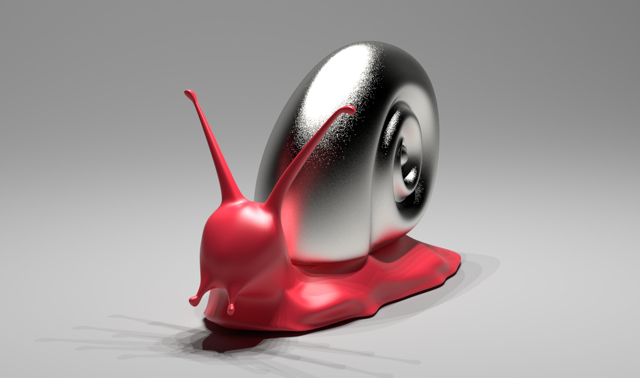 “The problem with rendering these specular highlights, as they’re called, is that they’re just so complicated,” explains TechCrunch. This is largely due to the amount of microscopic bumps and scratches on many surfaces, and the way light hits those surfaces.

The team developed its “position-normal distribution” technique by designating pixels comprising uneven surfaces as light-reflecting “microfacets” and using an algorithm “to determine which microfacets will reflect light toward the virtual viewer, then generalize that information among similar microfacets according to a normal distribution,” notes TechCrunch.

“The key to the algorithm’s speed is its ability to approximate this normal distribution at each surface location,” according to the release. “This enables the algorithm to easily compute the amount of net reflected light with a speed that is orders of magnitude faster than previous methods.”

The researchers will present their findings at next week’s SIGGRAPH 2016 conference in Anaheim. Their technical paper is available online in PDF form.