The Double, a remote-controlled robot stand from Sunnyvale-based Double Robotics, was on display at the recent Macworld show in San Francisco. Available in the spring for $2,000, the device is essentially an iPad stand with two wheels at the bottom that offers users remote visual access and the opportunity to interact with others without being on-site.

“Insert an iPad on top of the Double and download the company’s app on that iPad and another iOS device. Use the second iOS device to steer the Double from miles away. The robot uses sensors and gyroscopes (much like the Segway) to stay balanced,” reports the Los Angeles Times.

“The app allows for two-way live streaming,” notes the article. “So the driver’s face appears on top of the Double, and the driver can see whatever the Double sees.” 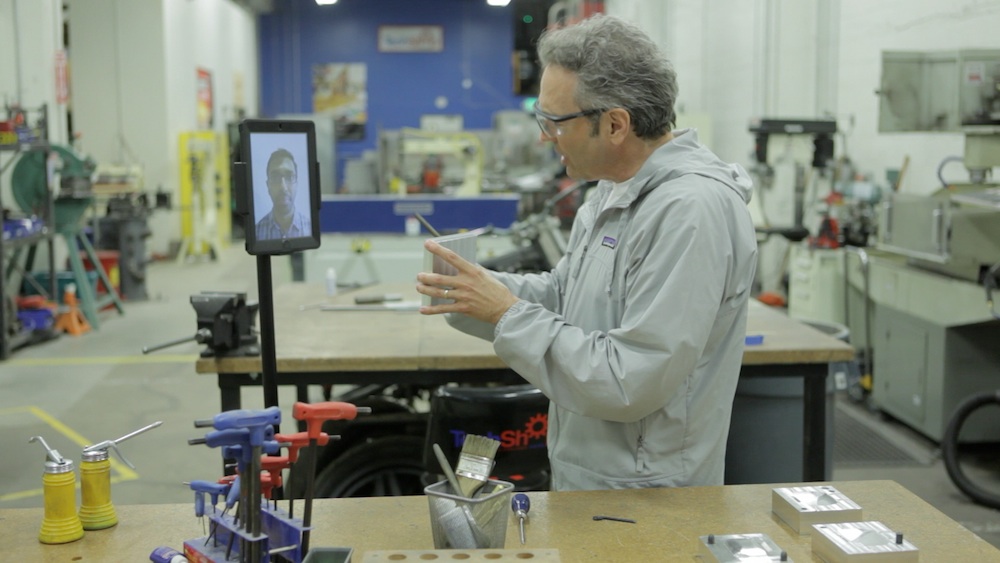 Marc DeVidts, president of co-founder of Double Robotics, says he hopes to sell the robots to companies with executives who want the ability to visit multiple sites or to doctors wanting to visit more patients. The company’s website lists possible clients including offices, schools, retail stores, manufacturing facilities, museums and galleries.

“Modern teleconferencing would be perfect if every important conversation happened in the conference room,” explains Double Robotics. “Double allows you to move around and join people in any location, so you can participate in the conversations that happen in the lunch room or at the water fountain. Because Double simply improves upon existing teleconferencing, you can use it in all the same places as those old systems too.”

The post includes a 30-second video demo from the show floor. The Double Robotics site also features a promotional video.