Chinese smartphone maker Oppo has created a new tech called 5X that it claims radically improves zoomed-in photos recorded from smartphone cameras. The dual camera system was inspired by submarine periscopes; it diverts light through a custom prism onto an angled telephoto lens that subsequently provides more light and clarity to objects positioned in the frame from a distance. Zoomed images are also usually more sensitive to camera movement, so Oppo included an optical stabilization system. The company demoed its prototype at the recent Mobile World Congress in Barcelona.

Oppo created its 5X Dual Camera Zoom technology with the intent of not compromising phone design. Traditional cameras use multiple lenses that jut out when zooming. Oppo, however, “turns one of the lens arrays sideways, a 90-degree shift that houses it across the length of the device rather than facing outward like more traditional lens systems,” reports TechCrunch. “The company refers to the system as ‘lossless zoom,’ offering a 5x zoom that does a much better job than most phone cameras of getting in tight without massively degrading the image.” 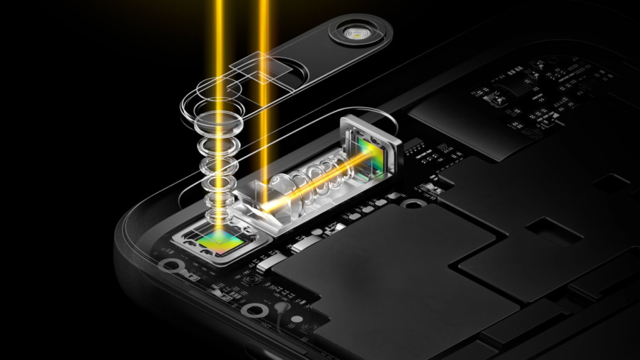 While not certain “about the quality of the sensor or image processing within this system,” notes The Verge, “taking the new optics setup just by itself, Oppo has a definite winner on its hands. It is legitimate optical 5x zoom with little in the way of physical compromise for the device.”

Oppo’s imaging innovations have made their smartphones stand out. The selling point of the company’s F1 phone was the ultimate selfie camera, which claimed to capture selfies with 44 percent more light and 30 percent more clarity than those recorded by the competition. In addition, the company developed software that could stitch photos, and give photographers the ability to use slow shutter speeds, manual control, and depth of field adjustments.

The company’s innovations and new features have paid off. Last year, Oppo was the top smartphone seller in China, beating out major brands like Vivo, Huawei and Xiaomi. Sales increased 122 percent from 2015 to 2016, and now the company is looking to expand into emerging markets.