During his CES keynote, Nvidia CEO Jen-Hsun Huang announced the launch of his company’s GeForce NOW streaming platform for PCs, “basically a GeForce gaming PC on demand,” explained Huang. The cloud-based gaming service will launch in March for $25 dollars per 20 hours of gameplay. The service will provide Mac and PC users who might not have the graphics capabilities to play high-end games an option to virtually play any modern game. The new approach should not rely on game company support the way OnLive worked before its demise. For example, Huang demonstrated the Steam store running on GeForce NOW.

“Nvidia itself has also used the GeForce NOW brand before,” according to TechCrunch. “Until now, though, it was all about streaming games from your own PC — not one that lives in the cloud.” 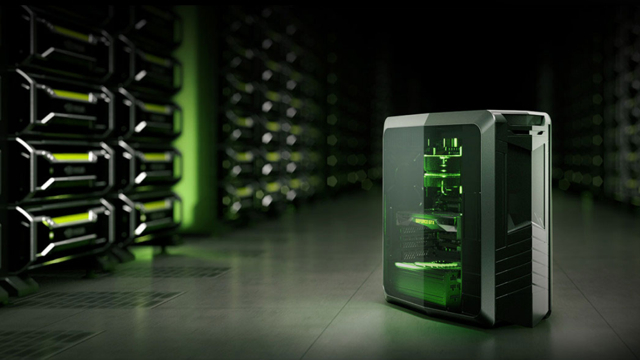 Huang explained that it has taken Nvidia five years to make the service fast enough and with low enough latency to work effectively.

“To use the service, gamers will have to download a small client,” reports TechCrunch. “Installing and starting games should only take a few seconds. It’s unclear whether Nvidia is hosting this service in its own data centers or on AWS or another cloud computing platform.”

Nvidia says the new platform will sync games and save fileswith local PCs. “GeForce NOW saves in the cloud game progress and achievements, and synchronizes them with locally installed games,” notes the press release. “This means gamers can use GeForce NOW on a secondary laptop and pick up right where they left off playing on their primary gaming PC.”

CNET reviewer Sean Hollister likes “the idea of playing powerful PC games anywhere without toting around a powerful gaming PC,” but points out the cost: “You’ll have to pay for the time you use, starting at $25 for 20 hours on a GeForce GTX 1060 virtual PC (think 1,920×1,080 pixels at high settings with today’s games) or $25 for 10 hours for GeForce GTX 1080-class performance (more like maxed-out settings). That could add up fast, though Nvidia assures me that your hours don’t expire if you don’t use them, and says installing games doesn’t count against your playtime.”