The Web-based reader “StorEbook” has expanded on the idea of computers interacting with users via voice technology. During last week’s Foundry event, the audio book’s “voice synthesis engine” was demonstrated as it recited the classic tale “Goldilocks and the Three Bears.” The Web-based app, which uses AT&T’s Natural Voices, provides story characters with multiple voices, creating a new dynamic to the idea of “story time.”

“This isn’t just another text-to-speech demo though, StorEbook uses the impressive and appropriately named library of sampled phonemes to speak in unique, realistic voices for each character,” reports Engadget. “What’s more, from the library of different voices (of which there are dozens), the Web-based app chooses the most appropriate voice automatically, based on character traits input by the developer, Taniya Mishra.” 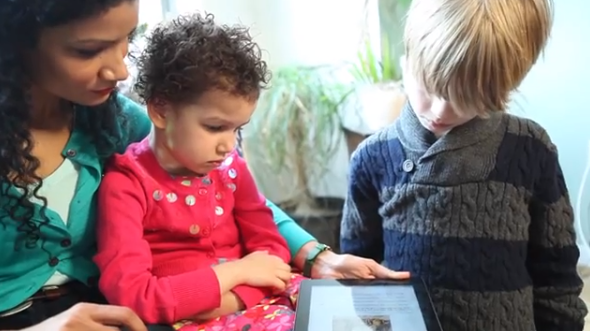 Mishra, who is a senior member of the technical staff at AT&T Labs in the Speech Algorithms and Engines Research Department, hopes to one day have a computer system that can assign the vocal ranges to characters on its own to let the characters portray different emotions and ages. There is also the idea of having users create personalized voices to narrate the stories.

“A child could then have a story read to him or her, virtually, by a parent or grandparent,” notes the article. “A mother would need to create a database of her voice first, by reading a few hundred sentences. Though, this wouldn’t mean sitting down and reading through 100 sample sentences in one shot. Theoretically the necessary data could be collected overtime through recorded voice searches, commands or conversations.”

This has brought voice tech to a new platform. “There are still some rough edges, and no one is going to mistake Natural Voices for actual natural voices, concludes the post. “But Mishra’s goals aren’t as far fetched as you might imagine — the era of the vocal computer is upon us, friends.”

AT&T has posted a 2-minute video (screenshot above) that describes the StorEbook Reader.