The startup appLOUD has created an iOS app that allows fans to support their favorite musicians by sharing videos of live performances. The video posts are tagged with the artist’s Twitter handle, and then the app generates links to the band’s music on iTunes and upcoming concert dates. Fans can even directly tip bands just like they do for street musicians. The app not only allows people to discover new bands, but also directly pay an artist for a great performance.

The app essentially combines social media and crowdfunding into one mobile platform. It’s easy to discover new bands by location or genre hashtags. Eventually, the startup plans to monetize the data about what people are listening to. The company plans to charge venues and promoters a subscription fee to give them access to information about which artists are popular with locals. 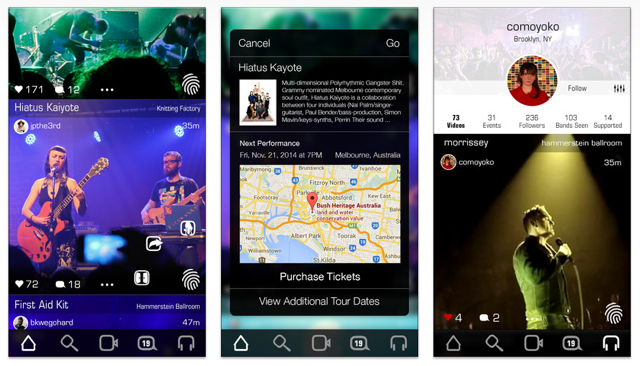 Currently, the free app makes money by collecting 10 percent of the tips and affiliate fees towards music and ticket sales. According to TechCrunch, “A $1 tip on appLOUD provides more money to the artist than several hundred streams on Spotify or YouTube.”

CEO Cecilia Pagkalinawan started the app to meet the emerging needs of the music scene, especially in her hometown of Brooklyn, NY. So far, appLOUD has raised about $130,000 in seed funding from angel investors such as Structure Capital, which has invested in Uber and Tesla.

Pagkalinawan has recruited several music industry advisers including Elissa Coughlin, formerly of Shazam, and Jeanne Meyer, previously with EMI and presently on the board of the Grammy Foundation.