CES traditionally does not feature many gaming systems, but the changing culture of the industry has allowed video games to find their way into the show. Sony made little mention of its video games in Las Vegas, and Microsoft didn’t have a booth, but other consumer brands helped highlight a new era of video game ecosystem — video games on consumer electronics products. 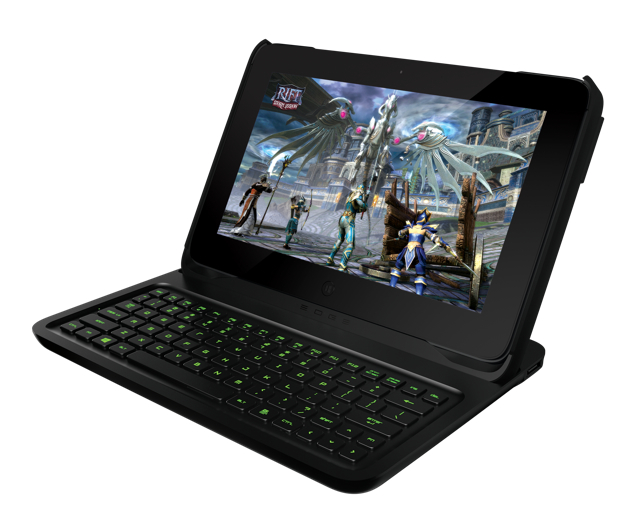 “This sure was a great CES for gamers,” suggests The Verge. “We got the new high-powered Tegra 4, Exynos 5 Octa, and Snapdragon 800 chips, which are exciting in their own right, and NVIDIA’s Shield handheld gaming console to make use of this new-gen ARM power directly. Ouya makes a home console out of Tegra 3, and people seem to love it.”

“After a long rumor cycle, Valve finally confirmed the Steam Box, which has the best shot yet of bringing PC games into the living room. And then there’s Oculus Rift, which offers a revolution in how we play these games,” the post adds.

And as reported earlier on ETCentric, the $999 Razer Edge, a PC gaming-oriented Windows 8 tablet, earned both the CNET Best of Show and People’s Voice Awards. “In a show full of some very big ideas, the Razer Edge gaming tablet takes the concept of tablet PCs championed by Windows 8 and devices like the Microsoft Surface and applies them to gaming,” reports CNET. “In doing so, it succeeds in showing us where tablets, computing, and even entertainment will be heading very soon.”

Consumers have become used to purchasing expensive hardware at extremely subsidized prices, which creates an obstacle for Microsoft and Sony as they prepare to release their next generation video game consoles.

Since consumers often purchase smartphones for hundreds of dollars less than the hardware is worth (long term contracts make up the price difference), they may shy away from purchasing a $400 or $500 console. Additionally, people can buy games for smartphones or tablets for under $10, while console games usually cost $60.

So while Sony and Microsoft (and to some extent Nintendo) have controlled the video game market, consumer electronics companies have begun to chip away at their control of the market.

“It’s easier to forgive Nintendo, because it’s never pretended to be relevant as a ‘consumer electronics’ company, but it’s odd that Microsoft and Sony are having so much trouble understanding this trend, or battling it,” suggests The Verge. “They might want to save their gaming announcements for GDC and E3, but in the meantime their turf is going undefended here at CES.”