During a Destination NXT presentation at NAB Show, Media Sherpa managing director John Canning moderated a panel on “redesigning the consumer experience” with “AR Adventures, Gamified Gatherings and VR Vacations.” Canning asked the panelists what drew them to creating immersive media. Fulldome.pro chief operating officer Stephen Powers sees this “new media as having the unique power” to “lift the human spirit.” For Vari Parks chief executive Louisa Spring, it’s her love of VR and desire to bring the experience to more people.

In the U.K., Spring’s company is building a 3,000-seat eSports arena that will feature VR and AR “orbiting around it.” “VR was the first time I saw gaming and storytelling working together,” she said. “It’s also important to take it out of the home, because a lot of families can’t afford the gaming equipment.”

Adobe creative resident and experiential designer Craig Winslow said he fell for the combination of projection mapping and AR. He just launched “Brilliant” at the Neon Museum, which brings old neon signs back to life. “You can see physical relics and then see them change, without a headset,” he said. “For me, it’s a search to create that kind of magic.” 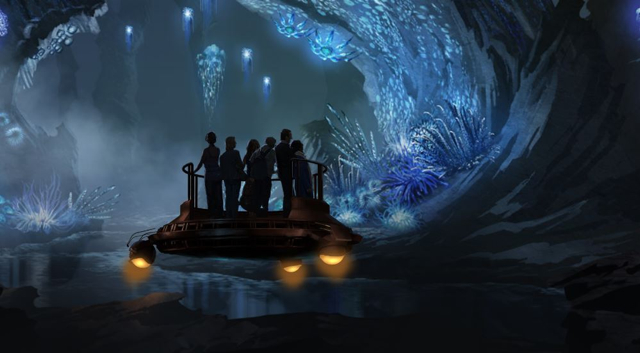 Dreamscape Immersive head of production Jennifer Magee-Cook, whose company debuted the “Alien Zoo” LBE as a six week pop-up, says the lure for her is “bonding people together with immersive storytelling.”

“Two of our founders, Walter Parkes and Kevin Wall, together with the team from Geneva [Caecilia Charbonnier and Sylvain Chagué] were blown away by the VR they saw at Sundance,” she explained. “The reason they made this platform is that they believed VR is a very isolating experience, and they wanted to change that. The goal is to immerse the audience and draw them in — and now we can physically do that.”

Canning noted that, “we can get hung up with the limitations of the technology.” “But if we don’t do the first iteration, we’ll never get where we want to go,” he said. He asked panelists to describe their “next nirvana,” the next big step towards their goals.

Powers plans to combine live performance with virtual reality in his geodesic dome; his company is already working with Cirque du Soleil. “That’s the underlying premise,” he said. “Live performance in the foreground with the rest being a 360-degree set.” Magee-Cook said Dreamscape Immersive’s development team is meeting with “incredible storytellers and watching their brains begin to understand what they can do.”

Spring hopes to see the eSports crowd and hardcore games create their own VR sports league. “Those gamers don’t like VR right now,” she said. “I want to show them there are great experiences out there.” All panelists agree that the hardware powering these experiences is quickly evolving. “I’m hardware agnostic,” said Winslow, echoing other panelists. “I love to get my hands on new tools. But it shouldn’t be about the hardware.”