Members of the Motion Picture Association of America have filed a lawsuit against MovieTube — “the search engine for free movies” — and third parties to force the disabling of sites providing access to pirated films including, recently, Disney’s “Avengers: Age of Ultron,” which is still in movie theaters. MPAA attorneys are trying another legal maneuver to hold third party ISPs responsible. This comes three years after the Stop Online Piracy Act (SOPA) was not passed by lawmakers, dealing Hollywood studios a blow in their efforts to thwart content thieves.

The Hollywood Reporter revealed some of the communication between the studios and their attorneys, when last year’s hack of Sony Studios “exposed some of the MPAA’s internal discussions around site blocking.” 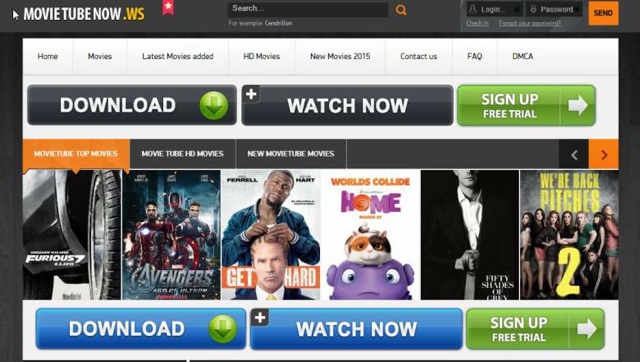 One MPAA attorney admits that, on examination of sections 502 and 512(j) of the Copyright Act, “it appears substantially more likely than not that a court would require a copyright owner to establish the ISP’s liability for copyright infringement before the ISP can be ordered to site-block.”

Another attorney, Jenner & Block litigator Kenneth Doroshow added the interpretation that “such injunctions may not be imposed on non-parties without proof that the nonparty was acting in concert with the defendant.”

But the studios are now taking another tack in asking for a preliminary injunction against MovieTube and its third party enablers, noting that “given that Defendants undertake their operations and illegal activities from outside the United States, it is essential for preventing further irreparable harm to Plaintiffs that injunctive relief include orders directed at third parties whose services enable Defendants’ activities.”

That refers to rulings in the U.K. and Canada that succeeded in blocking pirate sites and third parties that link to them. MPAA counsel, as an alternative means to convince judges to block third party ISPs, now refers to the All Writs Act. “Not much support is given,” says THR, “but when the court issues its ruling shortly, it will be worth paying attention to the details of the judge’s opinion.”

In the meanwhile, MovieTube responded on Facebook: “In case MovieTube is blocked by your broadband provider, we will release a new domain every month.”