Moto X and Future Devices Will Likely Listen To Everything

Motorola’s Moto X smartphone is designed to feature voice command and other listening capabilities. This may mark a new way that mobile devices are becoming smarter, by listening to the environment and its owner, and responding appropriately based on context. Users may be able to record everything about their lives. The Moto X differs from previous phones in that it includes two low-power chips to process data from a microphone or other sensors. It does this without using the main processor or exhausting the battery. 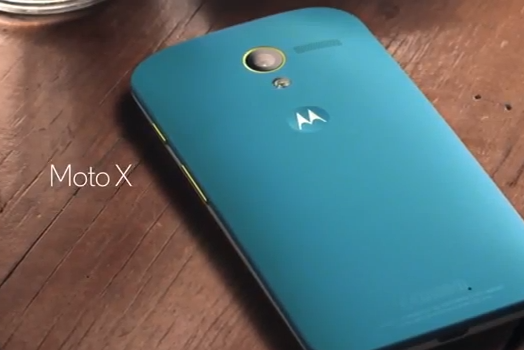 “This brings us closer to having phones that continually monitor their auditory environment to detect the phone owner’s voice, discern what room or other setting the phone is in, or pick up other clues from background noise,” explains MIT Technology Review. “Such capacities make it possible for software to detect your moods, know when you are talking and not to disturb you, and perhaps someday keep a running record of everything you hear.”

“Devices of the future will be increasingly aware of the user’s current context, goals, and needs, will become proactive — taking initiative to present relevant information,” says Pattie Maes, a professor at MIT’s Media Lab. “Their use will become more integrated in our daily behaviors, becoming almost an extension of ourselves. The Moto X is definitely a step in that direction.”

Prior to the Moto X, there were listening apps such as Shazam, the music-identification service. Users can enable a new “auto-tagging” feature on the recent iPad version, which will listen to all background noise, and find matches for all songs and TV content.

Another potential use of device listening technology is regarding stress, such as with the StressSense app. Tanzeem Choudry, a researcher at Cornell University, demonstrated that this software can detect the pace of one’s speech, and other changes that may suggest stress.

Audio analysis could potentially allow the smartphone to understand where it is with fewer mistakes, says Vlad Sejnoha, chief technology officer of Nuance Communications, which develops voice-recognition technologies. “That’s a work in progress. And while it’s amusing, I think the general principle is serious: these devices have to try to understand the users’ world as much as possible.”

A smartphone may use ambient noise levels to determine how loud a ringtone should be, louder if on the street, and less when indoors, says Chris Schmandt, director of the speech and mobility group at MIT’s Media Lab. In a further step, a phone could detect an ambient conversation and recognize that one speaker was the device’s owner.