At CES in Las Vegas, CTA chief economist Shawn DuBravac gathered three wearable creators that demonstrate the diversity current in the field and hint at the future of this sector. InteraXon showed off Muse, a headband that monitors brainwaves, with an initial use case of helping people learn to meditate. UNICEF Ventures creates a fitness band that motivates kids to “unlock” food for malnourished children via exercise. And MC10 aims to make wearables invisible to the user, with a range of products that fit on the body in unobtrusive ways.

What makes a mind-blowing wearable? MC10 co-founder/chair Carmichael Roberts notes that the most amazing wearables often are based on simple parameters. “Exactly,” said InteraXon chief exec Ariel Garten. “It’s mind-blowing because it seems like magic, but the technology is brilliantly simple.” 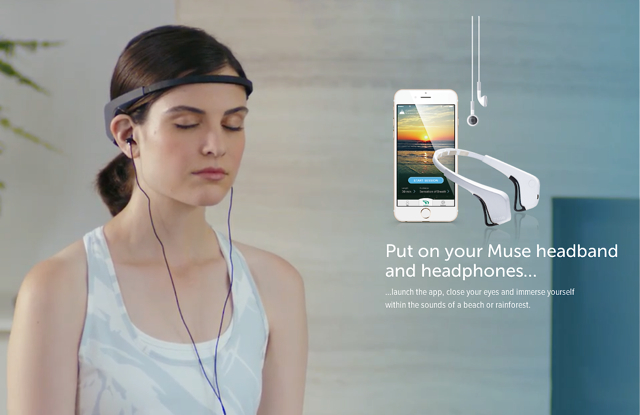 DuBravac asked the panelists where wearables are going. “We’ll see an aggregation of use cases around a central number of devices,” suggested Garten. “Apple believes it’s around your wrist and in your ears. Glasses are also likely to be the place where the technology rests.”

“How you get there is what’s interesting to watch,” said UNICEF Ventures deputy director Jeanette Duffy. “Making mistakes with single purpose devices is how we learn. When devices are siloed in development, we often don’t know how they’ll play in the real world.”

“There’s also the widespread adoption based on collaboration and business development,” said Roberts. “What large company would say wearables aren’t relevant? Just about every company wants to figure out how they’re relevant, so there’s a big pull from big companies looking for that killer app and find the relevance. That will help smaller companies’ developments become relevant in the marketplace. You’ll see a lot more collaboration.”

Killer apps and killer use cases drive adoption, notes DuBravac. How do we move beyond activity trackers and convince consumers this is a killer app?

“I think the verb is wrong — how do we convince them,” Duffy added. “We shouldn’t be convincing them. Behavior and adoption happens where you have motivations and triggers happening at the same time. You need the killer app, but once you’re in there, you have to prove to them they have this need. The triggers have to align to them having access to the app. Make sure you’re designing for people that are keeping their habits in mind.”

“We have to move beyond activity tracking,” agrees Garten. “From there, you have to build real-time loops between the user and the technology, which gives you behavior information back. So you’re always progressing forward than just getting blank information. You make changes and see changes, and the system then changes to adapt to you. The best motivator becomes seeing the changes in your own life. Once life is better, it’s very addictive.”