Microsoft researchers have recently released software that will make home automation easier. The company’s Lab of Things will serve as a platform for researchers and developers. Researchers will have a base to study home automation technology, and developers will have an operating system for apps that will control and monitor this technology. Some believe that the Lab of Things may be a starting project for larger and more complex buildings. 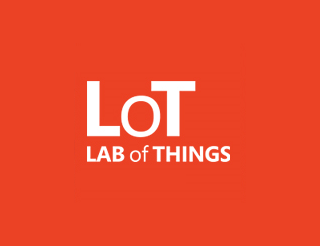 Home automation, such as thermostats, home security and motion sensors are already available, but they are not typically interconnected. Microsoft’s operating system-like software, called Lab of Things, provides a central dashboard for checking and controlling various smart home devices, and offers a standard for developing apps for homes that have Lab of Things.

Lab of Things is needed due to the challenges of installing and operating devices for home automation that are also preventing new research into potential uses of technology, according to Arjmad Samuel, a Microsoft researcher. This software “lowers the barrier to deploying field studies in connected homes,” he says.

A common platform will help prepare consumers who want to automate their homes by providing ways for researchers to test new ideas and create apps, says Samuel.

The name, Lab of Things, is based on the phrase, Internet of Things, which refers to the concept that everyday devices and sensors are interconnected and communicating with one another via the Internet. The software was built on previous research called HomeOS, which was used earlier in studying home automation and control.

“Some researchers believe that automation will ultimately have a larger payoff in working buildings,” reports MIT Technology Review. “Energy savings in such buildings can be greater, for example, and organizations can use automation in other ways; for example, a care home might use it to monitor patient movements.”

The Lab of Things should be integrated with commercial home automation devices and systems such as AllJoyn and DLNA, suggests Joe Paradiso, associate professor with the MIT Media Lab. But interconnection protocols alone cannot address the challenges of making devices work together seamlessly, explains Ratul Mahajan, a researcher on the Lab of Things team.