According to the Digital Living Network Alliance (DLNA), wireless VidiPath technology will enable the secure delivery of subscription TV to all certified devices in the home. This could lead to eliminating the need to rent multiple set-top boxes. Wi-Fi-based VidiPath provides access to subscription TV across smartphones, tablets, Blu-ray players, game consoles and PCs. The first VidiPath-certified products are slated for availability in the first quarter. Comcast, Cox and Time Warner Cable are among those planning to offer VidiPath STBs. END_OF_DOCUMENT_TOKEN_TO_BE_REPLACED

Xbox One Updates Include Support for Multiple File Formats

At the Gamescom conference in Germany on Tuesday, Microsoft introduced several Xbox One console updates. First, a media player app is expected to allow users to load over 30 different file formats to the Xbox One via a device connected by USB. The company is also working with certain countries to provide facilitated and cheaper mainstream broadcast television content access. In addition, Microsoft plans to launch the Xbox One Digital TV Tuner in October. END_OF_DOCUMENT_TOKEN_TO_BE_REPLACED

Rather than copying Chromecast to webOS, LG released an open source Connect SDK late last week that integrates media casting, making it easier for developers to bring their apps to connected devices such as Roku streaming boxes, Google’s Chromecast, Amazon’s Fire TV and LG’s own TV sets. By combining existing multiscreen and home sharing protocols such as Google’s Cast SDK, DLNA and DIAL, developers’ mobile apps only need one set of code to work on a variety of big screen devices. END_OF_DOCUMENT_TOKEN_TO_BE_REPLACED

Nuvyyo is developing an affordable alternative to Simple.TV’s streaming DVR with its own Tablo DVR, a set-top box that streams both live and locally recorded broadcasts to Android and iOS-powered devices, as well as Roku players and Web browsers. Unlike other DVRs that often rely on cloud services or are linked to television, Tablo is an attractive option for consumers looking to cut cords altogether, and reduce long-term costs. END_OF_DOCUMENT_TOKEN_TO_BE_REPLACED

Consumers who have opted out of cable will soon have a new option for watching their favorite shows. In December, Simple.tv will release a new DVR device that will allow users to stream up to five channels at the same time. The pre-order price will be just $200, but the device won’t come with its own hard drive, meaning consumers will need external drives for storing content. Meanwhile, TiVo has announced out-of-home streaming for cable subscribers via its Roamio set-top-box, that allows users to access content on mobile devices. END_OF_DOCUMENT_TOKEN_TO_BE_REPLACED

Microsoft researchers have recently released software that will make home automation easier. The company’s Lab of Things will serve as a platform for researchers and developers. Researchers will have a base to study home automation technology, and developers will have an operating system for apps that will control and monitor this technology. Some believe that the Lab of Things may be a starting project for larger and more complex buildings. END_OF_DOCUMENT_TOKEN_TO_BE_REPLACED

Sony Vision: Will Tablets be Key to the Future of TV?

Will Sony Streaming Player Have the Juice to Take on Roku and Apple TV?

Liberty Global Looks Beyond the Horizon with Multi-Screen Video Platform 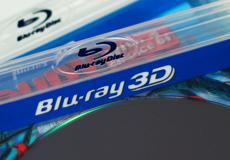