While large brands often generate business by enabling consumers to customize products online, smaller companies do not always have the resources to do the same, something that will likely change with 3D printing technology and services. Massachusetts-based startup Matter Labs has developed a plug-and-play API called Matter Remix and software called Matter.io to help e-commerce merchants leverage 3D printing and add product customization features to online stores.

“This week, in partnership with New York-based Shapeways, Matter.io launched a site called DYO — which stands for ‘design your own’ — where shoppers can personalize jewelry designs, have them 3D printed and delivered by Valentine’s Day to mainland U.S. addresses,” reports The Wall Street Journal. 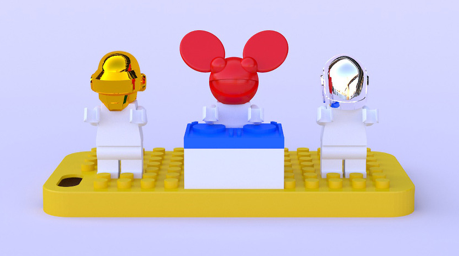 “We think 3D printing is no longer a novelty,” said Matter Labs CEO Dylan Reid. “Every object starts its life as digital information today. So our software makes it easy for people who aren’t engineers to… make anything they [design] available to their customers at a scale of one.”

A number of companies touting customization concepts in e-commerce have raised venture financing in recent years.

“The long-tail opportunity is that you’ll see companies selling personally customized products ranging from Formula 1 racing karts to smartphone cases,” noted Frank Moss, Matter.io chairman and Bluefin Labs co-founder. “But today it’s complicated for a website designer to put all these pieces together: from the process of modeling and creating printable objects, down to the pricing models to go along with all that.”

“He believes Matter.io will become an ‘intermediary’ that drives new business between product designers and the outsource providers of 3D printing services, like Shapeways Inc., Sculpteo SAS or Materialise NV,” explains the article.