LG Electronics has a new strategy to reverse disappointing smartphone sales: ditch the gimmicks and focus on strong basic features. The company launched its new flagship phone this week; the G6 boasts more battery life, a longer 5.7-inch screen, and a sleek design. It also supports Dolby Vision HDR. Previous LG smartphones emphasized features such as a fingerprint scanner on the back or a modular approach for swapping accessories. Even with a simpler design, LG may still struggle to draw consumers in the slowing smartphone market.

LG’s chief of mobile Juno Cho said the G6 is catered to the estimated 60 to 70 percent of smartphone buyers who prioritize practical features. He points out that many smartphones are almost indistinguishable from each other now. 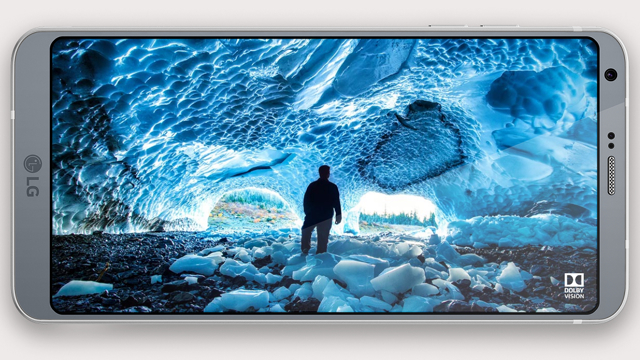 The goal for the mobile team at LG is to triple LG’s smartphone share of the market in the next three years. Cho wants LG to snag at least 10 percent in the high-end segment of key markets like the U.S. By using the basic phone approach, though, LG might lose some of the loyal tech geeks that bought LG phones for the novelty.

However, the G6 has some impressive stats, including an 18:9 aspect ratio, dual 13MP rear cameras, 125-degree wide-angle lens, and built-in Google Assistant. It is also the first phone to support Dolby Vision high dynamic range video tech. The “phone delivers HDR-grade video content from Netflix and Amazon Video that Dolby promises will save on battery life and data consumption,” reports CNET.

LG will still contend with a saturated market. Without major innovations, consumers don’t feel the pressure to upgrade. Apple and Samsung saw their smartphone shipments drop by 7 and 4 percent, respectively, from 2015 to 2016. LG is losing big on its smartphones as well. Their flagship phones in 2016, the G5 and the V20, flopped. Lackluster sales were a major part of the company’s operating loss last quarter, which was the largest in six years.

Part of the problem is that LG runs Android and other third-party platforms on its smartphones. The Wall Street Journal reports that profit is limited for hardware providers. LG is hoping that smartphones become part of their ecosystem of other devices in the Internet of Things.