Once a top seeded player in the educational toys and games industry, LeapFrog is having trouble competing with app developers in today’s highly tech driven market for children’s toys. In 2011, it became one of the first companies to launch a successful tablet for kids, only to be pushed out of the market a few years later by the ubiquitous presence of the iPad and other tablets. Since then LeapFrog has had no choice but to drop prices on a device that once made up half its annual revenue.

According to The New York Times, LeapFrog “has become the target of short-sellers, investors who bet on a company’s failures, and was most recently sued by shareholders who claimed it had drastically overestimated consumer demand for its products.” 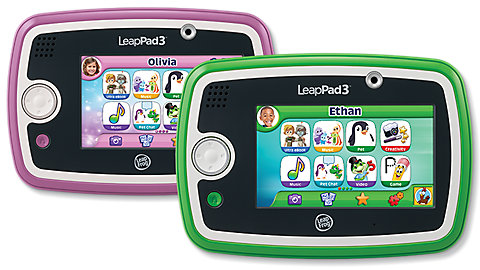 With the growth in mobile apps, the market for children’s gaming has become oversaturated. And what makes matters worse for LeapFrog is that all of these apps are available at prices well below that of its $130 LeapPad Ultra XDi or $90 LeapPad3.

Only a few years ago, these prices would have been reasonable. According to Euromonitor, in 2011, the company first introduced the LeapPad “for $100 at a time when the average tablet in the United States sold for about $470,” NYT reports. LeapFrog reportedly sold 1.2 million tablets the first year.

In 2012, the company launched the LeapPad2 and tablet sales more than doubled. By 2013 however, retailers began to cut back on its purchases of LeapPads and by 2014, these sales dropped by more than 40 percent.

One trend that LeapFrog perhaps did not account for was that older generation iPads would soon replace a family’s need to buy children-friendly tablets. “Older generations of iPads have become hand-me-downs from parents to children, while tablets get cheaper every year,” notes NYT.

Even though LeapFrog has been progressive in developing apps for other platforms, that market is already overpopulated by thousands of other apps with similar functions.

As a last resort, LeapFrog and other tablet developers have had to cut back on the prices of their hardware. The LeapPad Glo, the company’s most recent tablet, is priced $40 less than its preceding model.