Internet pioneer Vint Cerf, most recently Google’s chief Internet evangelist, co-created Internet server protocols in 1973. Since then, he’s helped the Internet to mature, but one problem he didn’t foresee was the ephemeral nature of storage media, from floppy disks to Zip drives. Tomorrow’s browsers may be incompatible with today’s webpages. Worried about what he calls “a coming digital dark ages,” Cerf has now turned his attention to making the Internet more secure and future-proof.

According to Wired, Cerf is joined by “some of his fellow inventors of the Internet… with a new generation of hackers, archivists, and activists” to solve the problem. The Internet Archive preserves the Web’s history today, its Wayback Machine “taking snapshots” of pages. 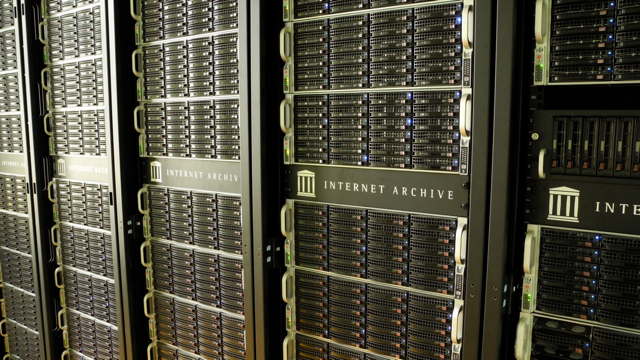 But its research reveals that, “the average webpage only lasts about 100 days,” and, unlike the Internet, the Wayback Machine is centralized, meaning it could one day go dark or be blocked by censors.

Internet Archive founder Brewster Kahle, Cerf, and others recently gathered at the Decentralized Web Summit, to build a Web that can archive and automatically back-up on its own. Of the existing pieces that could make this a reality, the open-source Interplanetary File System (IPFS), which “taps into ideas pioneered by the decentralized digital currency Bitcoin and the peer-to-peer file sharing system BitTorrent,” offers a protocol that works by distributing files among users. That ensures that, if the centralized Web disappears, it lives on in copies, including older versions, on many computers.

The Archive Team, a new group, has integrated a version of IPFS into JavaScript, which can run in a browser; the idea is if everyone’s browser has built-in IPFS tools, the Web will be painlessly and seamlessly decentralized. Those working on IPFS continue to develop the toolset, with another feature “that would allow a Web app to keep trucking along even if the original server disappears.”

Ethereum, ZeroNet and the SAFE Network and other projects are also working on ways to “build websites and applications that don’t depend on a single server or company to keep running,” and, since the Summit, some of them are making their systems cross compatible. But the biggest problem, says Wired, is “getting people to care in the first place.”

Most people spend their time in walled gardens, such as Facebook or Snapchat. Making the Open Web enticing depends on “user experiences that are fun enough and easy enough to persuade people to venture out of the confines of today’s app-centric” environment. “You can make the walled garden very, very sweet,” says original Web creator Tim Berners-Lee. “But the jungle outside is always more appealing in the long term.”