For the first time, numbers are available to demonstrate how Amazon’s original video strategy is paying off. Thanks to internal documents read by Reuters, the general public can see evidence that Amazon’s top shows enticed over 5 million people to sign up for its Prime shopping membership by 2017. Using video to create shoppers is a key to Amazon’s strategy, and chief executive Jeff Bezos has been open about that approach. In total, Amazon’s U.S. audience for video (original and licensed) is about 26 million.

According to Reuters, “Amazon has never released figures for its total audience. The internal documents compare metrics that have never been reported for 19 shows exclusive to Amazon: their cost, their viewership and the number of people they helped lure to Prime.” 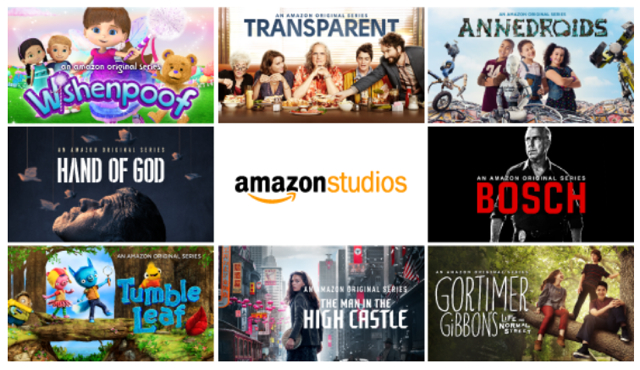 Launched in 2010, Amazon Studios develops original programming that viewers can stream after they sign up for a yearly Amazon Prime account, which includes features like two-day shipping and more. In total, Amazon’s original programming has been responsible for approximately a quarter of all Prime sign-ups between late 2014 and early 2017, according to the documents and reported by Reuters.

“When we win a Golden Globe, it helps us sell more shoes,” said Jeff Bezos at a conference in 2016. He’s also been quoted as saying that these film and TV customers renew their Prime accounts “at higher rates, and they convert from free trials at higher rates” than those who do not stream the programming.

The cost of its original video programming is expensive, but paying off. According to sources familiar with the situation, it costs Amazon $5 billion per year to produce and market its original and licensed video content. Because Amazon doesn’t release numbers about how many subscribers and viewers it gets for such a large investment, it’s been “hard for investors to evaluate its programming decisions,” explains Reuters.

Amazon’s popular drama “The Man in the High Castle,” attracted 8 million viewers in the U.S. as of early 2017. While it cost $72 million to produce and market the show, it attracted 1.15 million new subscribers at an average of $63 per subscriber, less than the $99 price tag of a Prime membership.