Intel Plans to Bring 3D Scanning to Tablets and Smartphones

Intel has been developing technology that brings 3D scanners to tablets, and plans to include the feature in consumer models by 2015. Next, the company expects to place the same technology in smartphones, in addition to incorporating 3D scanning cameras onto drones. The idea is, after scanning, Intel’s RealSense will produce a 3D model that the user can then manipulate with software or send to a 3D printer. At New York’s MakerCon, the company demonstrated the technology. 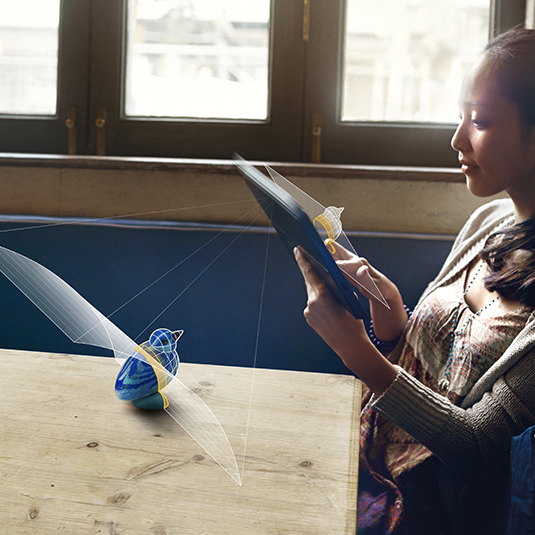 “Our goal is to just have a tablet that you can go out and buy that has this capability,” CEO Brian Krzanich said. “Eventually within two or three years I want to be able to put it on a phone.”

On stage at MakerCon in New York, Krzanich and colleagues demonstrated Intel’s RealSense technology using a human model. The assistant pointed a tablet at the subject and circled a few times, before a full 3D rendering appeared on screen.

“The idea is you go out, you see something you like and you just capture it,” Krzanich continued. Users can scan, modify, print and share in 3D.

“The predecessor to the 3D scanning tablets demonstrated on stage were announced earlier this month in the form of the Dell Venue 8 7000 series Android tablet [sporting] Intel’s RealSense snapshot depth camera, which brings light-field camera-like capabilities to a tablet,” reports Gizmag. “It will be available later this year.”