Intel Makes its Case: There is No Better Time to Buy a PC

In a survey conducted by Intel, it was revealed that 97 percent of participants consider their PC to be their primary computing device. The survey also found that participants consider their PCs to be vital to their daily existence, and of the 43 hours per week spent on computing devices, about half of that time is spent in front of a PC. Intel suggests that it may be the perfect time to buy a new PC, and despite competition from tablets, the PC is not a thing of the past. 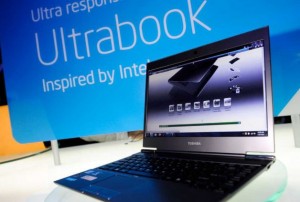 Additional data shows that many PC owners have reached the point where their PC is slowing down and needs to be replaced. However, PC sales have been lagging.

“The last round of quarterly sales results from IDC and Gartner showed that global sales trends are still the worst ever since records have been kept. Consumers in mature markets, like the U.S. and Europe, and in developing markets, like Latin America and Asia, just aren’t bothering with PCs the way they used to,” reports AllThingsD.

Part of the problem relates to how PCs are presented in retail stores, according to Merlin Kister, a brand manager in Intel’s consumer PC group.

“All those notebooks that twist into tablet-like configurations tend to look like plain old notebooks on the store shelves. And, more often than not, they’re locked down in such a way that demonstrating the ways to flip the display around is impossible. They’re working on new ways to present them,” notes AllThingsD.

While tablets have certain advantages, the power of the PC lies in productivity. “83 percent of respondents to the IDC survey said they are more productive on a PC than on a smartphone or tablet,” explains the article.