In 2016, IBM plans to open a West Coast headquarters for Watson, its artificial-intelligence system, in San Francisco. The company will also unveil new Watson capabilities, including speech, language understanding, image recognition and sentiment analysis, all of which are associated with AI in computing. The East Coast headquarters in downtown Manhattan was established in January 2014 as a separate business. Watson West, expected to employ several hundred people, is aimed at Silicon Valley startups. 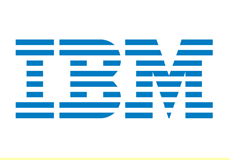 According to The New York Times, the opening of a West Coast facility is the latest step in IBM’s long-term goal to evolve Watson into an operating system for AI applications, a goal the company has pursued since Watson beat its human rivals in a 2011 “Jeopardy!” quiz episode. IBM is shifting its focus from custom applications in big medicine/healthcare demonstrations for big companies and institutions to a collection of services that software developers can use in applications.

But startups are also using Watson, including Houston-based VineSleuth, whose Wine4.me app provides wine recommendations based on sensory science and predictive algorithms. The app will be in grocery stores in early 2016. Another startup, UnitesUs is an online service that matches job seekers with employers, uses Watson’s “personality insights” service, to combine data with an online application with — if the user grants permission — data from social media sites.

Many major technology companies, including Microsoft, Google, Apple, Facebook and Amazon among them, are developing AI applications, but IBM is singular in “the breadth of its effort to create Watson tools and services as plug-in offerings for a wide range of developers,” says NYT.

“IBM is building out a broad platform for where they think the future of computing is heading,” says IDC analyst David Schubmehl. “IBM is trying to… open up a platform, make it available for others, and democratize the technology.”