With several consumer virtual reality headsets expected to hit the market this year, studios are scrambling to develop compelling VR content designed for the new devices. Virtual Reality Co. is a firm started by Hollywood players that has been working with notable filmmakers such as Steven Spielberg and Ridley Scott to bring their cinematic skills to the VR space. These directors are eager to explore the new format, but are weary of the pitfalls that plagued 3D technology.

Virtual Reality Co. (VRC) is off to a good start. The company raised nearly $23 million in early funding and is led by four people with experience in the entertainment industry. Chief executive Chris Edwards, director Robert Stromberg, producer Joel Newton, and executive Guy Primus are not only working with Hollywood filmmakers, but also executives in music and museums. 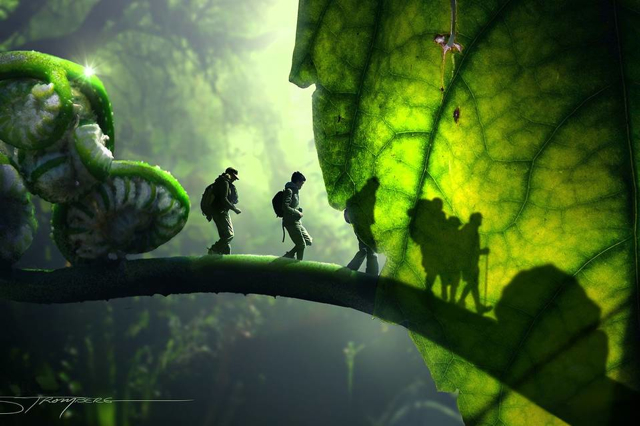 “The filmmaker-driven projects are going to be episodic, so that viewers won’t be overwhelmed,” according to The Wall Street Journal.

Nicole Perlman, a screenwriter for “Guardians of the Galaxy” is working on one of the projects. Spielberg and VRC teamed up to work on a project that’s for a “full family audience.” Stromberg, who directed Disney’s “Maleficent” is developing a theatrical feature called “There,” which will have both a virtual reality component and a theatrical release.

VRC plans to produce an immersive experience that will allow viewers to become detectives and investigate crime screnes. The company is also planning a virtual-reality documentary that will tell the story of former Pittsburgh Steelers running back Jerome Bettis.

With all this new content, studios will need to focus on quality, or VR might fade the same way that 3D did. The market became oversaturated with low-quality 3D films and the share of opening weekend 3D tickets has fallen from two-thirds in 2010 to less than one-third last year.