Storing information, including film, on DNA sounds like science fiction, but Harvard Medical School researchers just encoded Eadweard Muybridge’s 1878 film of a galloping horse onto a strand of DNA in a living cell, from which it can be retrieved and multiplied indefinitely. This is a first, but other researchers previously recorded all of Shakespeare’s sonnets on DNA, and Harvard geneticist George Church, one of the new study’s researchers, did the same with his book “Regenesis” and made 90 billion copies of it.

The New York Times, which says the news was originally reported in Nature, notes that scientists are also considering if they might be able to record the life of every cell in the human body so that, “when a person gets ill, doctors might extract the bacteria and play back the record.” 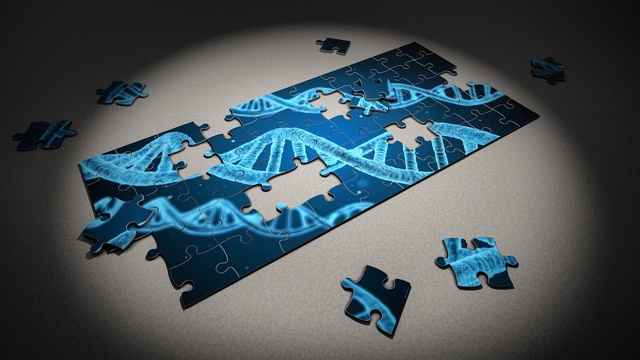 For now, storing information on DNA is “this side of science fiction,” according to European Biometrics Institute director Ewan Birney, who was part of the group that recorded Shakespeare’s sonnets in DNA.

To record the film to DNA, Church, geneticist Seth Shipman and their team “began by assigning each pixel in the black-and-white film a DNA code based on its shade of gray,” ending up with “a sequence of DNA molecules that represented the entirety of the film.” The next step was to use CRISPR, a “powerful new gene editing technique [to] slip this sequence into the genome of a common gut bacteria, E. coli,” which “thrived and multiplied.”

The team reports that the film “stored in the genome was preserved intact with each new generation of progeny.”

NYT notes that, “the renowned physicist Richard Feynman proposed half a century ago that DNA could be used for storage in this way.” USC mathematician Leonard Adleman, co-inventor of the RSA public cryptography system, calls Feynman’s idea “a seminal piece” that “gave us a direction.” Adleman reported in 1994 that he had “stored data in DNA and used it as a computer to solve a math problem” and also “determined that DNA can store a million million times more data than a compact disc in the same space.”

“Organisms have been storing information in DNA for billions of years, and it is still readable,” said Adleman.