At the Google Performance Summit, the company announced changes to the look and feel of AdWords in an increasingly mobile world. Over half of the trillions of searches it gets annually are from mobile devices, with location-related mobile searches growing 50 percent faster than all others. Among the changes to mobile ads, character limits for text-based mobile ads will increase from two 35-character lines to one 80-character line, and headlines will expand from one to two lines with 30-character limits.

VentureBeat says Google reports that, in early tests, “some advertisers saw increases in click-through rates of up to 20 percent, compared to current text ads.” 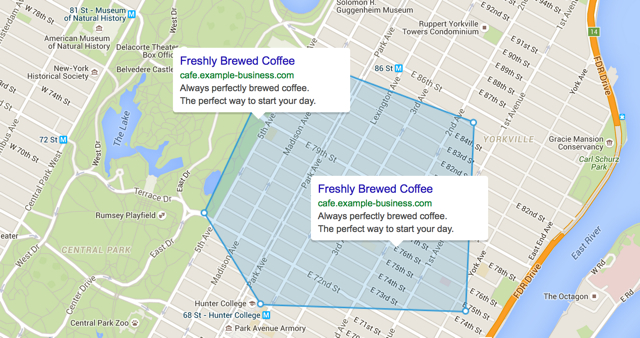 To make ads better looking and easier to produce, the Google Display Network (GDN) is also debuting “responsive design,” which creates an automatic design from headlines, messages, images and URLs supplied by the advertiser. The ad auction will also change, allowing advertisers “to bid different amounts for each platform within a single ad campaign.”

The new changes are also aimed at bridging the real and digital worlds, with new local search ads on Google.com and Google Maps “responding to the needs of nearly one-third of all mobile searches related to location.”

Bloomberg reports that “Google says it can measure, with more than 99 percent confidence, whether an online advertisement yielded an in-store purchase,” noting that Nissan’s U.K. subsidiary “saw that 6 percent of clicks on mobile ads resulted in someone visiting a dealership, yielding a 25 to 1 return on investment.”

According to The Wall Street Journal, ads accounted for 90 percent of Google’s $75 billion in revenue last year, “more than any other online destination.” But research firm eMarketer estimates that Google’s net ad revenue will increase only 9 percent this year, compared with 15 percent growth a year ago. Another reason to increase the number and size of ads is that advertisers pay approximately 9 percent less for each click on an ad on mobile phones, believing they lead to fewer sales.

“[Google is] doing this now because they foresee a revenue or profit challenge ahead,” said Moor Insights & Strategy founder Patrick Moorhead. “There’s nothing positive for the user here.”