If you visit the Google search page today, you’ll see what Google is describing as its first VR Doodle. Clicking it takes you to a YouTube player for a 360-degree animated short called “Back to the Moon” that celebrates French filmmaker, illusionist, and sci-fi pioneer Georges Méliès. The YouTube version is a teaser for the mobile VR experience, which is available for Cardboard and Daydream headsets via the Spotlight Stories app. While other Spotlight Stories such as “Pearl” and “Buggy Night” have been featured on YouTube in the past, the Google homepage promotion is a first.

According to the “Back to the Moon” page, the 360-degree interactive short was “produced by Nexus Studios” through a collaboration between the “Google Doodle, Google Spotlight Stories, Google Arts & Culture, & Cinémathèque Française teams.” 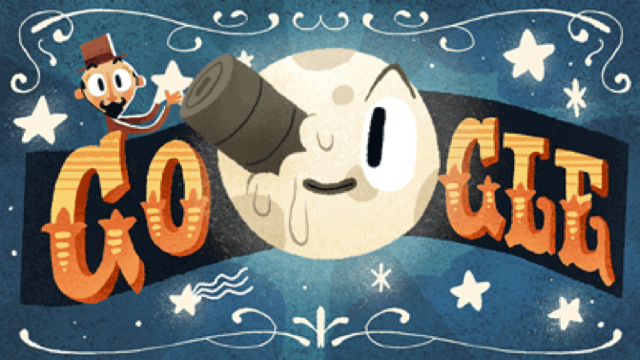 “Helene Leroux, a Doodler in London, pitched a Méliès tribute to Google last summer,” reports Engadget. “Initially, Leroux wanted to make a Doodle video, possibly with a mixture of animation and live action. Google encouraged her to make a VR film instead, which quickly led to a conversation with the Spotlight Stories team and Nexus Studios.”

Leroux and filmmaker François-Xavier Goby became the co-directors. The teams joined forces with Google Arts & Culture in Paris and Cinémathèque Française, which has Méliès’ remaining works in its archives.

“Leroux and Goby visited Paris and pored over everything in the collection,” notes Engadget, “including costumes, drawings and, of course, Méliès’ films.” Then the project was produced at Nexus Studios. “It’s immersive theater much more than it is a film,” explained Mark Davies, a Nexus CG supervisor.

The result is a compelling interactive short that should serve as an effective promotion for mobile VR.