GM is showing off its latest autonomous vehicles, battery-powered Chevrolet Bolts, to investment analysts in San Francisco. Up until now, the car manufacturer has been reluctant to subject the cars it’s developed through its Cruise Automation subsidiary to scrutiny, but now wants to signal that it’s getting closer to a real product. In fact, GM president Daniel Ammann revealed that the driverless cars will be ready for consumers in “quarters, not years.” GM also aims to launch a driverless taxi fleet by 2019.

The New York Times reports that Ammann said, “Everything we are doing is geared to speed.” If GM does launch its first driverless cars in quarters, it will establish a lead over other companies developing the technology. “GM has a blend of financial resources, automotive experience and management resolve that position it strongly to compete with other automakers and big tech companies,” but also has the legacy of a 2009 bankruptcy. 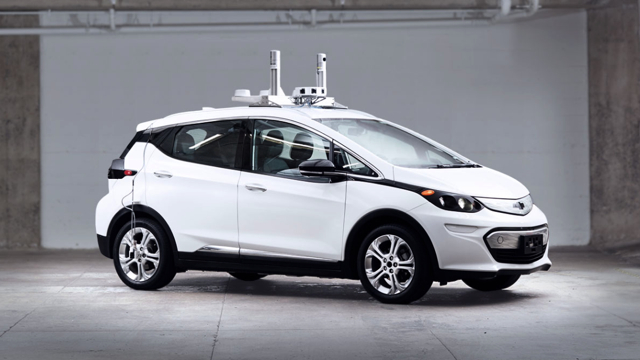 Cruise, acquired by GM for an estimated $1 billion, now has nearly 400 employees and has started “installing computers and other equipment in all-electric Chevy Bolts as they came off the assembly line at the automaker’s plant in suburban Detroit.” The autonomous Bolts are held “to the safety and quality standards that GM applied to its regular cars, trucks and sport utility vehicles.”

The GM/Cruise partnership has produced 180 such Bolts, which are being tested in San Francisco, Arizona, Michigan and, starting next year, Manhattan.

The Wall Street Journal reports that, according to GM, “the robotaxi service it is developing could potentially eclipse the profits it earns in the core automotive business within a decade, an ambitious target based on the company’s strategy of lowering its reliance on manufacturing by providing high-margin services.” The company plans to have a “large-scale fleet of driverless cars in big cities by 2019.”

Chief financial officer Chuck Stevens states the company’s belief that “a driverless-car service by 2025 will offer 20 percent to 30 percent margins” and a “total addressable market of several hundreds of billions of dollars.” He also said that, by 2025, GM would be able to “offer rides for less than $1 a mile” versus the $2.50 per mile for today’s ride-sharing services.

Ford Motor has made projections similar to GM’s, “but has offered far fewer details and stayed away from specific timetables.” Likewise, Alphabet’s Waymo “has outlined plans for a future autonomous-taxi service but hasn’t said when it would launch.” Uber also has plans “for a sizable robotaxi fleet, saying it would order up to 24,000 Volvo SUVs to convert to autonomous vehicles in coming years, but it also hasn’t disclosed a timetable for commercial deployment.”

Technical and regulatory challenges may hinder the widespread adoption of self-driving vehicles, says Morgan Stanley analyst Adam Jonas. Investors “may be underestimating the legal, regulatory and ‘moral/ethical’ impediments,” he said. “Investors should consider the risk to public safety and reputation that firms pushing the edge of autonomous transport are taking.”

Last year, GM “earned about a profit margin of 7.5 percent on its $166 billion in annual revenue from global car sales.”