Cars are still the obvious centerpiece of the LA Auto Show (December 1-10), but, increasingly, the hackers are starting to outnumber the gearheads. At AutoMobility LA, a four-day preview event for industry insiders and press preceding the consumer-focused show, cybersecurity and artificial intelligence were talked about with the same frequency as horsepower and mpg. Show organizers stressed the importance of bringing together “the entire new mobility ecosystem” and showcased a number of startups with vehicle debuts mixed in. Additionally, the event featured the first ever hackathon at an auto show.

AutoMobility LA, now in its second year, is billed as “the industry’s first tradeshow converging the technology and automotive industries to launch new products and technologies and to discuss the most pressing issues surrounding the future of transportation and mobility.” 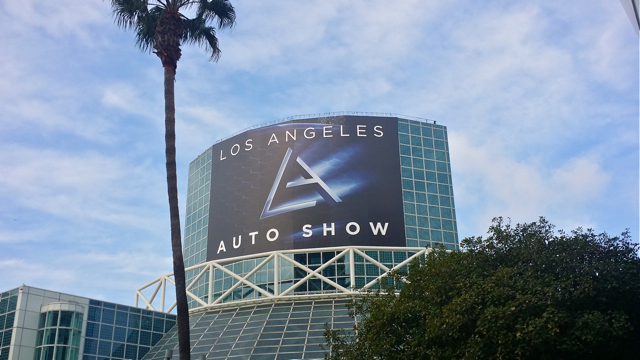 One of the highlights was Intel’s announcement of a collaboration with Warner Bros. to create immersive experiences for driverless cars. “The rise of the [autonomous vehicle] industry will create one of the greatest expansions of consumer time available for entertainment we’ve seen in a long time,” wrote Intel CEO Brian Krzanich in an editorial posted in the Intel Newsroom.

Another intriguing announcement, with compelling implications for autonomous vehicles, was Care by Volvo, a new subscription-based alternative to buying or leasing a vehicle. The subscription starts at $600 a month for a two-year contract and includes “everything but gas.” The car, Volvo’s new XC40 compact SUV, insurance, maintenance, and a concierge service are all included.

Speaking with the Los Angeles Times, Honda Innovations managing director of strategic partnerships John Moon said, “We really see collaboration between cities and the auto industry playing a big role in the future.”