Flipagram Inks Music Deals, Raises $70M in Round B Funding

Flipagram is a mobile storytelling app that allows users to create short slideshows (or “Flipagrams”) by stitching together video content, photos and music. The company has made a significant step towards becoming one of the first such apps to incorporate modern music in a major way by signing licensing deals with top record labels and landing an additional $70 million in funding. According to CEO Farhad Mohit, Flipagram has attracted 33 million active monthly users in its first year.

Venture capital companies Sequoia, Kleiner Perkins, Index Ventures and others invested $70 million in round B funding. Former Google board members Michael Moritz and John Doerr joined Flipagram’s board of directors. 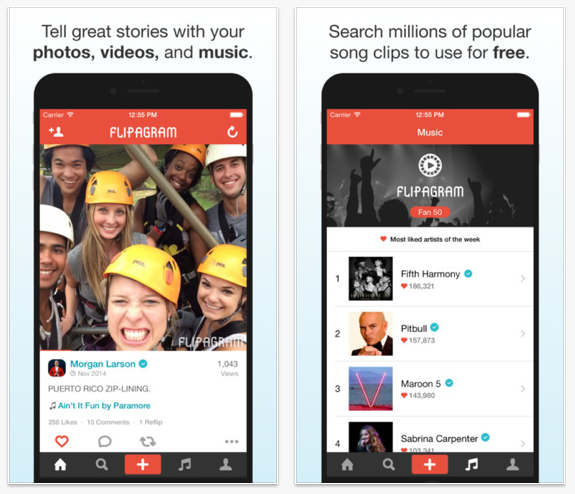 While the app had previously allowed users to purchase music through iTunes links, the recent music deal gives “Flipagram the OK to allow its community to surf through a database of music clips to add to their storytelling,” reports TechCrunch.

Flipagram compiles a list of top musicians, enabling users to discover new artists. Celebrities could utilize Flipagram to interact with fans, and according to Business Insider, Garth Brooks is doing just that.

“Snapchats are all the stories you want to disappear,” suggests Mohit. “Flipagram is all those parts of the story that you don’t want to lose.” Mohit believes the music adds a “second sense” that makes the slideshow “truly special.”

The app is also being used for breaking news, explains Mohit, who notes that Flipagram is an ideal tool for news because of its “patent pending video clipper, which breaks down each video into one-second clips.”