French startup TVShow Time released a 5.0 update to its app that offers a more social experience for its 500,000 monthly users. New features permit users to track how many new episodes they have watched, send messages and show recommendations to friends, and view show ratings. The app has a newly designed interface and layout that makes content more accessible than before. Previously, TVShow Time used a simple calendar format that allowed users to keep track of their favorite TV shows.

CEO Antonio Pinto explains to TechCrunch, “We want our users to open the TVShow Time app after watching an episode and enjoy the experience as much as they enjoyed the episode.” 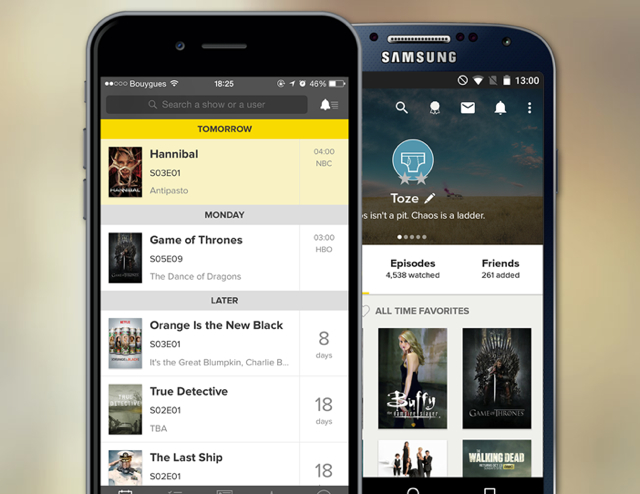 As appointment TV has given way to today’s viewing paradigm, watching a TV show has become a lonely experience. According to TechCrunch, TVShow Time allows users to “recreate the sort of conversation that you would have with your friends after going to the cinema together.”

Pinto notes that TVShow Time users create 6,000 memes every week “putting captions on different scenes of an episode to tell a joke [and] share their feelings.” According to iTunes Preview, version 5.0 “is now the place where all the memes you haven’t seen yet and related to episodes you have watched will emerge.”

The updated app is also available in the Google Play store.