Findaway launched its Playaway audio player in 2006, a device that came pre-loaded with one audiobook. Despite distribution deals with Borders and Barnes & Noble, the product failed to gain traction, likely due to the lack of customization options. However, since libraries are in the business of passing one item from person to person, the device had some appeal. Now the company is introducing its Playaway Launchpad, designed specifically for the children’s sections of libraries. The device comes pre-loaded with educational apps developed by app maker Fingerprint.

Since libraries are increasingly expected to not only serve as resources with books, music and videos — but as tech education hubs as well — many are updating their facilities to meet changes in technology. However, libraries struggle with challenges involving cost, maintenance and security. 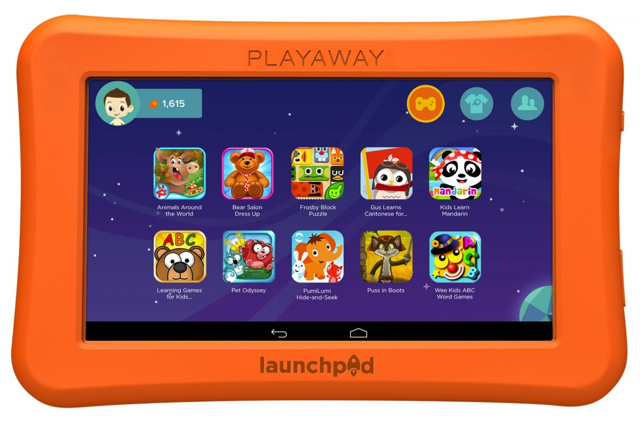 After its first Playaway failed to gain mainstream adoption, Findaway eventually began targeting “schools, military clients and libraries — all of which have interest in durable, pre-loaded audio players, e-readers and video players that let users try something new and then send it on to the next person,” explains The Washington Post. “While other libraries have started tablet-lending programs with iPads and Android tablets, Findaway boasts that this is the first one specifically designed to be lent by a library system.”

“This allows every child to have the opportunity to experience a tablet, for free, from local libraries,” said Mitch Kroll, chief exec of Findaway. “We love that and it speaks to our heart.”

Many libraries struggle with whether or not they should carry the latest Android tablets or iPads. However, since the Playaway Launchpad starts at $99, is limited to pre-loaded content and does not lead to the same privacy concerns of an open tablet, it appeals to public libraries.