The Federal Communications Commission is nearing approval of a plan to provide Internet access for low-income people who don’t have regular access. An update to the $2 billion Lifeline program will add a broadband subsidy of $9.25 a month for low-income households. Lifeline was established in 1985 to bring landline phone service to that same demographic; the FCC added mobile service to the program in 2008. The addition of the high-speed Internet subsidy will come up for a vote on March 31 and is expected to pass.

The New York Times reports FCC chairman Tom Wheeler’s statistics that only 48 percent of those households making less than $25,000 annually can afford high-speed Internet, compared to 95 percent of households with incomes over $150,000. 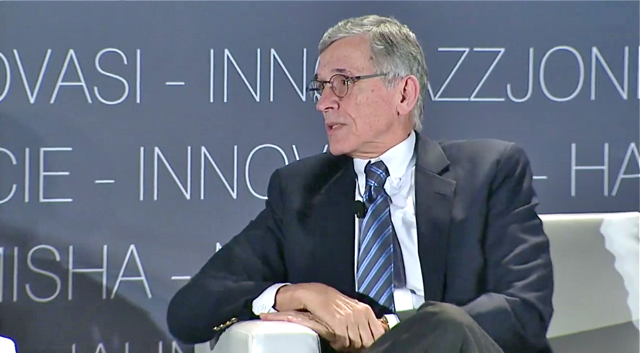 “When we talk about digital equity, we need to remember that we’re talking a key part of the answer to many of our nation’s greatest challenges — issues like income inequality, job creation, economic growth, U.S. competitiveness,” said Wheeler, who spearheaded the new program with Democratic commissioner Mignon Clyburn.

The Lifeline program has come under attack by critics who say that the program is riddled with abuse; investigations have revealed “many participants were double billing for landline phone and wireless services when they were allotted only one subsidy per home.” In response, in 2012, the FCC created a database to track subsidies. A 2015 report from the Government Accountability Office also questioned the program’s effectiveness.

Mobile carriers including Verizon and T-Mobile vet the program’s participants, and now Wheeler’s proposal appoints a third party “to vet individuals for eligibility and to ensure companies are following rules,” with the hope of reducing fraud and abuse. The FCC will also make subscriber counts from carriers and other data publicly available.

But these checks haven’t silenced criticism of the program from the likes of Michael O’Rielly, a Republican FCC commissioner. “Such irresponsible action will balloon a program plagued by waste, fraud and abuse, and result in higher phone bills for every American — including those already struggling in the current economy,” he said. “In sum, it’s a recipe for disaster, and I can’t and won’t be part of it.”

Supporters of the Lifeline extension such as Democratic FCC commissioner Jessica Rosenworcel counter that seven in 10 teachers require students to go online for homework. Also noted is that the FCC’s speeds and data limits were “in line with consumer averages,” and that Internet access is essential for not just homework but job searches, health and other services. FCC senior officials hope the Internet subsidy will encourage Internet providers including Comcast, AT&T and Time Warner Cable to provide service in low-income areas.