Facebook has acquired FacioMetrics, a startup spun off from Carnegie Mellon University. FacioMetrics’ IntraFace can detect seven different emotions on peoples’ faces. Since the purchase, FacioMetrics has been removed from the app stores. The acquisition is likely fueling Facebook’s goal to apply its artificial intelligence research to create “gesture-based controls, recognize facial expressions and perform related actions.” Facebook has said it will use FacioMetrics to enhance its augmented reality face masks.

TechCrunch reports Facebook, which didn’t disclose the price it paid for FacioMetrics, states that, “how people share and communicate is changing and things like masks and other effects allow people to express themselves in fun and creative ways. We’re excited to welcome the FacioMetrics team who will help bring more fun effects to photos and videos and build even more engaging sharing experiences on Facebook.” 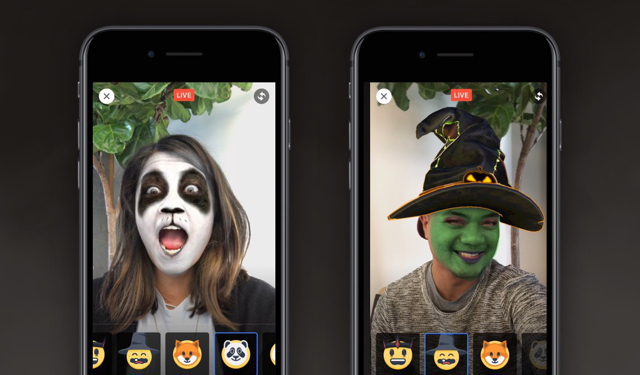 Some Facebook and Snapchat selfie masks already “react to you opening your mouth or raising your eyebrows,” but FacioMetrics “could add tons of new ways to trigger animated effects in your videos.”

FacioMetrics founder Fernando De la Torre, who is also an associate research professor at Carnegie Mellon, says that the company was founded “to respond to the increasing interest and demand for facial image analysis — with all kinds of applications including augmented/virtual reality, animation, audience reaction measurement, and others.”

The research began at Carnegie Mellon University by “developing state-of-the-art computer vision and machine learning algorithms for facial image analysis.” “Over time, we have successfully developed and integrated this cutting-edge technology into battery-friendly and efficient mobile applications, and also created new applications of this technology,” he said.

Some potential uses for the facial analysis could be to “spot drowsy drivers, automatically analyze focus groups, detect depression, and improve avatars in video games,” the latter which would be helpful for Facebook’s Oculus, which is at work on “life-like avatars that convey emotions via ‘VR emoji’.”