During a Q3 earnings call Wednesday, News Corp. COO Chase Carey discussed how Fox has experienced significant growth in home video due to digital downloads. Carey cited digital rentals and downloads via sites such as iTunes and Amazon as the primary contributing factor. He also suggested that in a few years “Hulu will look a bit different than it does today,” in order to compete with Netflix. 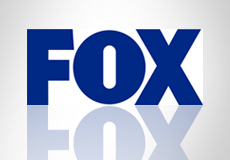 “Fox’s cable TV business made up the vast majority of News Corp.’s profits for the quarter ending March 31, contributing $993 million of the $1.36 billion in operating income for the period,” reports paidContent. “Total revenues were $9.54 billion, up 14 percent over the previous year.”

“The driving force is digital… the overall marketplace continues to grow really well, and digital is becoming a growing part of what we do,” explained Carey, further noting that the DVD business has stabilized, “with Blu-ray offsetting the decline in the older formats.” He added that low-priced rentals through services such as Redbox are “becoming less of a force.”

Carey said that broadcast networks remain the “viewership leaders” for now, but they may need to “be a bit more targeted in the types of series [they] invest in… networks have been more about the volume game, stuck in historical practices… Do you need to break some of those rules? The answer is clearly yes.”