Elon Musk, chief executive of Tesla, Space Exploration Technologies, and Boring, tweeted how Los Angeles residents will be able to take advantage of an integration of all three of his companies’ endeavors: drive their electric car to an electric pod in a Boring tunnel that will take them to the Port of Los Angeles where SpaceX will have rockets that he hopes will fly to Mars. Musk aims to “solve the problem of soul-destroying traffic,” with autonomous pods that will travel at 600 miles per hour through a network of tunnels.

Bloomberg reports that Musk recently tweeted the “Boring Company Hyperloop will take you from city center under ground & ocean to spaceport in 10 to 15 mins.” 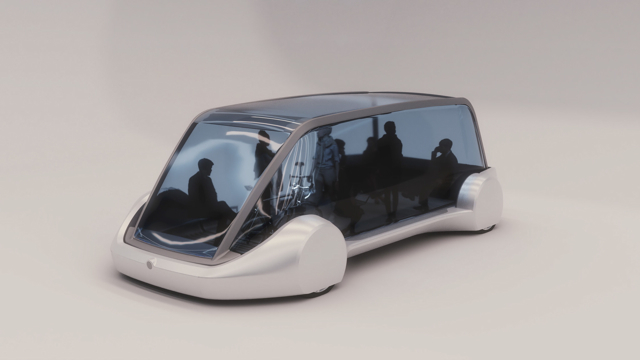 Boring has a lot of obstacles to overcome, mainly resistance from local neighborhood groups. But LA’s public works committee “recommended that the proposed Boring tunnel be exempt from an environmental review process,” which, if approved by the full city council, “would effectively fast-track the effort.” Already, two neighborhood groups have filed suit.

“I like the fact that brilliant guys are driving around Los Angeles trying to figure out how to make things better,” said attorney John Given, who represents the Brentwood Residents Coalition and the Sunset Coalition. “That doesn’t mean we throw away our process.”

Hyperloop also competes with LA’s Metropolitan Transportation Agency, which “has planned a tunnel for an underground train system of its own under the Sepulveda Pass, the same area where Boring has said it would like to work.”

Boring raised about $113 million in equity last month, “with 90 percent of the financing coming from Musk.” At that time, SpaceX was valued at about $25 billion, and Tesla had a market capitalization of about $48.6 billion.

TechCrunch reports that Musk and Boring company executive Steve Davis said trips on the Loop would cost about $1. They stressed that the company’s work “would not be disruptive to the public or heavily stress the city’s existing highway systems.” At a presentation, Musk noted that tunnels are “way less nerve-racking than flying cars” and that the Loop is “more congruous with city life than subways” and would “supplement existing transport systems and connect public transport lines.”

The company will test a 2.7-mile tunnel on private property with private funds and, once complete, Musk said they could offer free rides that would be “as fun as a Disney theme park.”

Musk explained that, “the Boring Company’s focus will prioritize pedestrian traffic rather than pods that house vehicles” and that the Loop and the Hyperloop “could eventually be seamlessly connected so riders could travel within the city and between cities with minimal friction.” He also stated that the company will do a full environmental impact report, but not on one of the test tunnels.