In 2002, eBay partnered with Sotheby’s to launch a collaborative online auction endeavor that failed miserably and was almost immediately shut down. With online bidding having grown over the past decade, the two companies recently decided it was time to give their project another go. Last week, eBay streamed two of Sotheby’s live New York auctions online, where it invited eBay users to bid against Sotheby’s clientele for some of the auction house’s most expensive offerings. 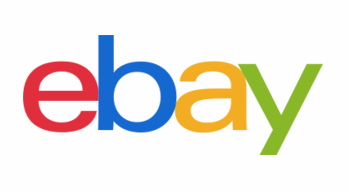 For the immediate future, eBay is expected to continue running a Sotheby’s section on its website, where its users can participate in Sotheby’s less expensive daytime auctions. According to Josh Pullam, Sotheby’s e-commerce director, “the auction house [has] designed its section of the eBay website to highlight works of $25,000 or less,” The New York Times reports.

As for the recent New York auctions, that was more of a one-time affair.

The first auction brought in sales of $5.7 million on photographs from the likes of Eugène Atget and Ansel Adams. At the time of the auction, eBay users were matched against Sotheby’s telephone, online and on-site bidders so it’s not clear where most of the money came from. Still, one eBay customer reportedly paid as much as $27,500 for a Yousuf Karsh photograph of Georgia O’Keeffe.

The live-streaming element of the auction is another example of how video content is making its way onto platforms that have been otherwise static. “Sotheby’s has sprinkled the eBay site with how-to tips; short interviews with insiders like the fashion photographer Sebastian Kim… and 30-second videos that tell the back story of certain works,” NYT reports.

By pushing video content, eBay is shedding new light on its traditional business model in hopes that it can “attract new buyers and inculcate the auction habit.”

The successful relaunch of eBay’s collaboration with Sotheby’s highlights an ongoing dispute between its StubHub subsidiary and Ticketmaster. StubHub has recently filed a lawsuit against Ticketmaster and the Golden State Warriors organization claiming both parties “violated U.S. antitrust and California law by canceling or threatening to cancel season tickets for the Oakland-based National Basketball Association team if they are resold anywhere other than Ticketmaster,” Bloomberg reports.

If uncontested, the play by Ticketmaster and the Warriors could tremendously impact StubHub, which serves a secondary market for ticket resales for live music and sporting events.